Toyota is an automaker that knows hybrids. Since the Prius was first introduced in Japan in 1997, becoming the first-ever mass-produced hybrid vehicle, the brand has released numerous versions of the Prius, as well as hybrid versions of popular models like the Camry, Avalon, and Highlander. Now, it appears that Toyota is planning to expand its hybrid offerings by unveiling a hybrid version of the RAV4 at the New York International Auto Show (NYIAS) next week. 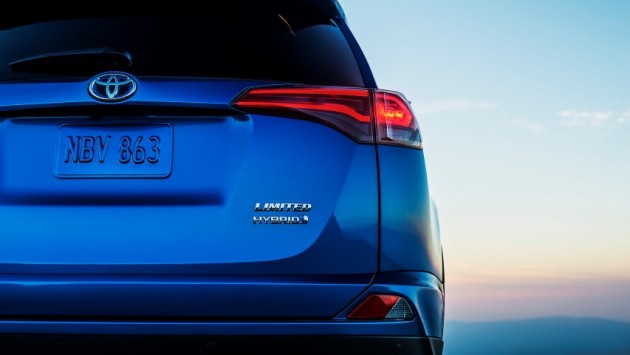 As of now, we know very little about this unexpected addition to Toyota’s lineup, except that it’ll make its official debut on April 2nd at 12:30pm EDT in New York. All the other information we have comes from the obligatory teaser image, which unashamedly shows off the crossover’s rear-end. When compared to the butt of the gasoline-powered RAV4, we can see that the hybrid version boasts a slimmer taillight, a more pronounced Toyota badge, and a reworked rear bumper that blends in more with the overall streamlined appearance of the crossover.

Pictured (left to right): The RAV4 Hybrid and the 2014 RAV4 compare butts

Press preview days for NYIAS start next Wednesday, April 1st (we fool you not), so stay tuned to The News Wheel for this and more reveals from the Big Apple!