Toyota to Release Mirai in Scandinavia This Summer 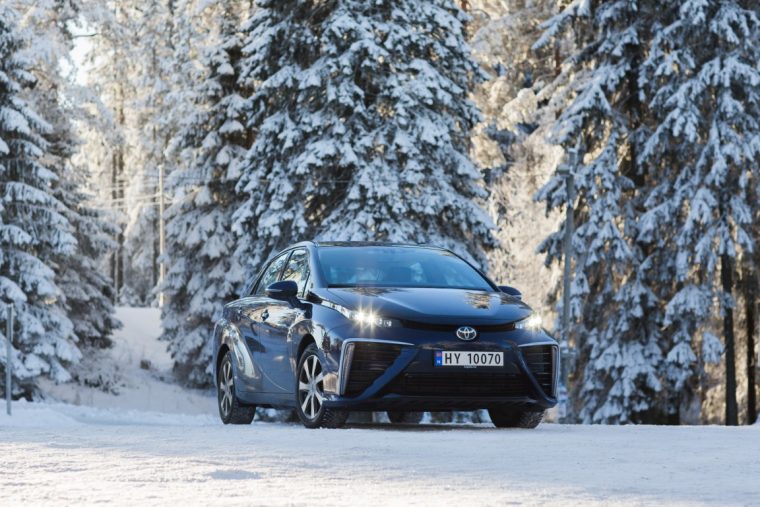 The Toyota Mirai is a remarkable vehicle. Fueled by hydrogen, the Mirai (whose name means “Future” in Japanese) emits nothing but water from its tailpipes, making it the next big thing in the green car industry. However, Toyota has not been able to launch the Mirai worldwide just yet, due mainly to a lack of refueling infrastructure. As of right now, the Mirai is sold in California, the UK, Germany, Denmark, and Belgium—but Toyota will be adding Sweden and Norway to that list later this year.

Currently, Norway has five hydrogen stations in the east. However, two local hydrogen providers have pledged to add at least another 20 stations by 2020, which will make the Mirai much more accessible for Norwegian drivers. Similarly, Sweden has a handful of stations in some of its biggest cities (Stockholm, Malmo, and Gothenburg) and plans to open more in Stockholm and Mariestad later this year. In both countries, hydrogen is sourced locally from 100% renewable energy, which means the Mirai can claim to be completely eco-friendly in both countries.

Toyota Norway PR manager Epsen Olsen commented, “This is an important milestone for Toyota Norway. We believe this is the start of something big, and we believe that this technology will play a key role in cutting emissions from Norwegian road transport, thus helping the country to achieve its climate targets.” Olsen’s Swedish counterpart, Bengt Dalstrom, concurred, saying, “We see the introduction of the Toyota Mirai as a way to accelerate the development of hydrogen infrastructure in Sweden.”

One of the concerns with launching a vehicle in Scandinavia is whether or not it will be able to stand up to the extreme cold during the winter months. Luckily, the Mirai has been tested in Norway and has shown that it’s more than able to cope with frigid temperatures. “The cabin warms up very fast thanks to the heat produced as a by-product by the fuel cells, with no impact on the range of the car,” explains Olsen.

Toyota expects global sales of the Mirai to reach 3,000 by the end of 2017, with that number jumping to 30,000 in 2020. That goal seems lofty, especially since this number relies on the rapid growth of the hydrogen refueling infrastructure in multiple countries. However, Toyota is so certain that hydrogen is the future that it’s forgoing electric vehicles entirely. Whether or not Toyota has its eggs in the right basket remains to be seen.