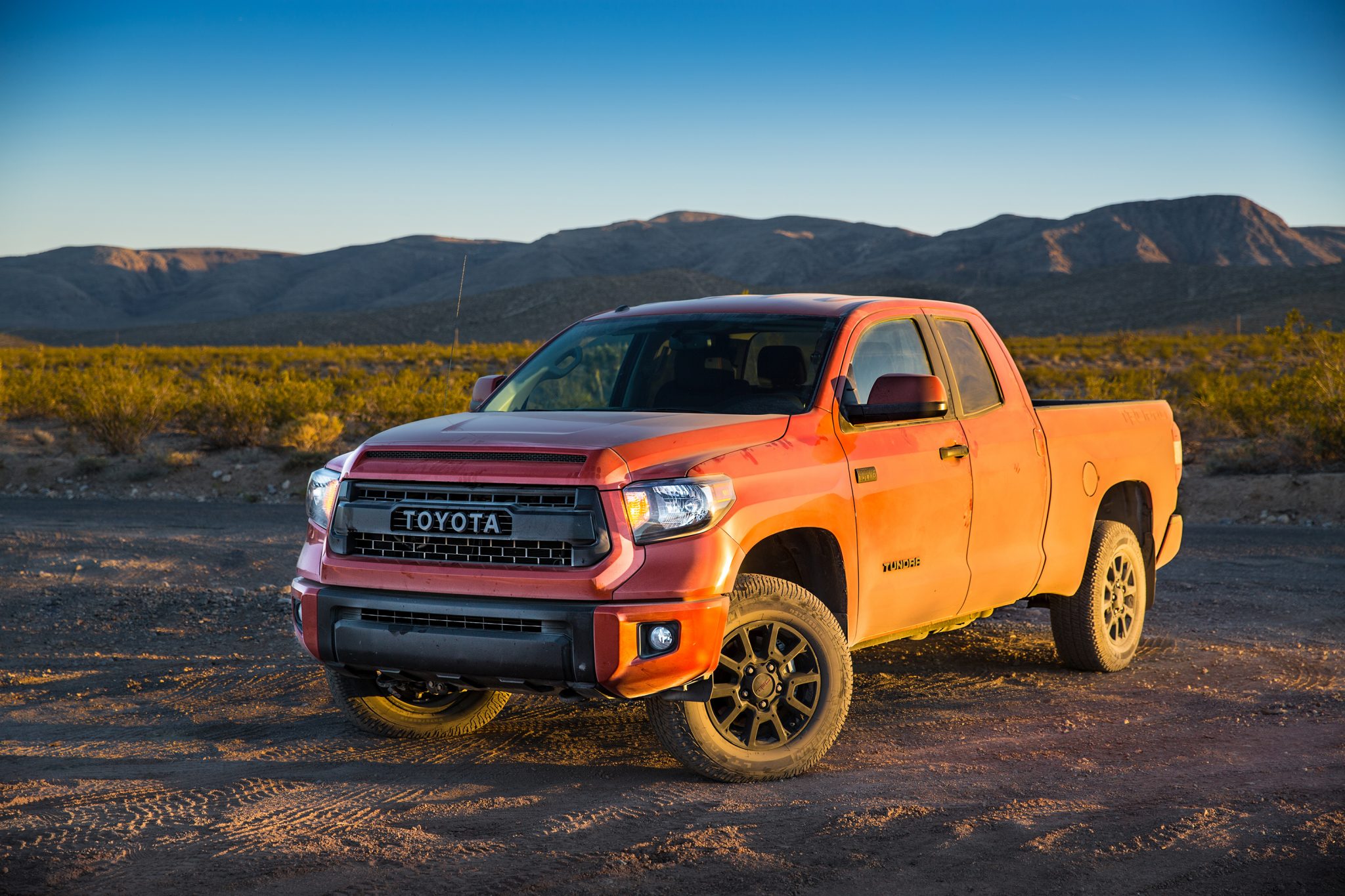 Earlier this month, Toyota announced pricing information for the Tacoma and 4Runner TRD Pro Series models. Now, Tundra TRD Pro pricing has been listed ahead of the model’s release in late September 2014.

The Tundra TRD Pro takes Tundra’s already rugged appearance and performance to the next level. This truck was designed from the inside out to be driven off-road. The Tundra TRD Pro includes numerous components that are sure to make for an eventful off-road driving experience, including TRD Bilstein shocks, black TRD 18-inch alloy wheels with exclusively-designed Michelin off-road tires, TRD-tuned front springs with a 2-inch lift for the front of the truck, a decreased spring rate to improve the quality of the ride over rugged terrain, and TRD PRO quarter panel bed stamping.

Bought a Toyota? Learn About ToyotaCare

If you’re considering buying one of these trucks, you probably want to know about the Tundra TRD Pro pricing. Each model will be priced as follows:

Decisions, Decisions: Should You Buy or Lease a Car?