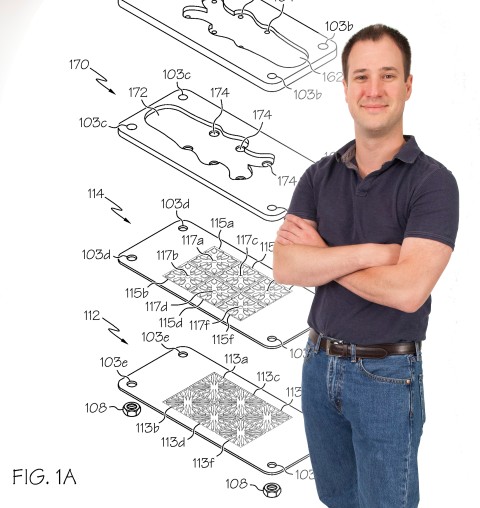 The Toyota Technical Center (TTC) in Ann Arbor, MI, has been the focus of the press lately, thanks to the center’s dedication to creating new and exciting technology and obtaining 1,355 patents in 2013. Eric Dede, who is the Manager of the Electronics Research Department (ERD) at TTC, has committed himself and his team to developing a more efficient hybrid that will help dial back environment-damaging Co2 emissions while saving drivers money.

Hybrids are already among the most efficient vehicles available, but they could soon become more impressive than ever before. Eric Dede has invented a new Micro-channel Cold Plate in EVs and hybrids. What’s that, you might wonder? Well, to put it in simple terms, this technology increases heat transfer by 70 percent, while decreasing pumping power by 50 percent. That all adds up to a 10 percent increase in the efficiency of your favorite hybrid vehicle.

Eric Dede’s invention didn’t go unnoticed by the industry. In fact, it was recognized for an R&D 100 Award, which helps recognize the top 100 technology products of the year. It’s so well-known in the industry that it’s often referred to as the “Oscars of Innovation.” This is not the first time a Toyota invention has received this award, but it is the first time an invention developed totally in-house at TTC has won an R&D 100 Award.

Thanks to advances such as Eric Dede’s, we can look forward to hybrids in the future that are more efficient than ever, and that is something we can’t wait to see.