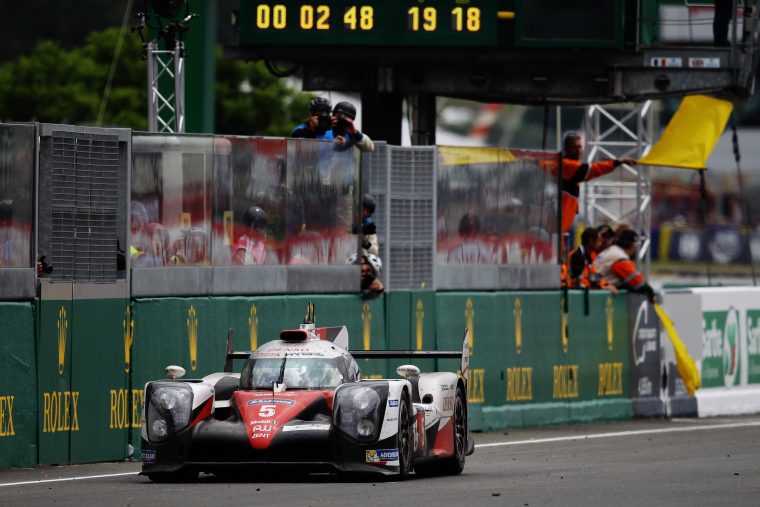 Toyota Gazoo Racing has announced it found the reason its #5 Toyota TS050 Hybrid LMP1 car lost power on the penultimate lap at the 24 Hours of Le Mans.

A technical defect on a connector on the air line between the turbocharger and the intercooler caused a loss in turbocharger control. As a result, the leading #5 Toyota slowed to a mere 200 kph (124 mph) on the Mulsanne Straight; that might seem fast to some, but it’s a snail’s crawl compared to the speeds they normally reach there—usually upwards of 330 kph (205 mph). The car then stalled to a stop near the pit wall just after starting the final lap.

The team was eventually able to modify a control setting to restore power, but by that time the rival #2 Porsche 919 Hybrid was long gone and the Toyota was unable to finish the lap in less than six minutes, causing it to be disqualified from the race completely.

What makes this even more gut-wrenching is that the defect occurred on a small, relatively inexpensive part of the car at exactly the wrong time. Had it waited just three more minutes before failing, Toyota would have almost certainly scored its first-ever win at Le Mans and become only the second Japanese manufacturer to ever earn that glory.

Toyota Gazoo Racing says it is still unsure as to why the connector failed even after verifying the process used to produce the part in Cologne, Germany—though it confirmed it had nothing to do with the issue that also robbed them of a probable win at the 6 Hours of Spa-Francorchamps.

A comprehensive investigation is underway to ensure the failure will not repeat in the future, at Le Mans or any of the other circuits on the World Endurance Championship calendar.