While autonomous vehicle technology research has ramped up in earnest over the last few years, little has been said or done about improving the relationship between driver and artificial intelligence, the latter being what most automakers believe to be the key underlying component to self-driving cars.

The new Toyota Concept-i shown off at the 2017 Consumer Electronics Show (CES) in Las Vegas aims to change that. Designed at the CALTY Design Research arm in Newport Beach, CA, the Concept-i features an advanced AI system named Yui that is supposedly able to measure emotion and that will strive to build a “meaningful and human” relationship with the vehicle’s occupants. Ideally, it would learn their habits, wants, and needs to enhance the transportation experience as part of a philosophy that Toyota calls “kinetic warmth.” 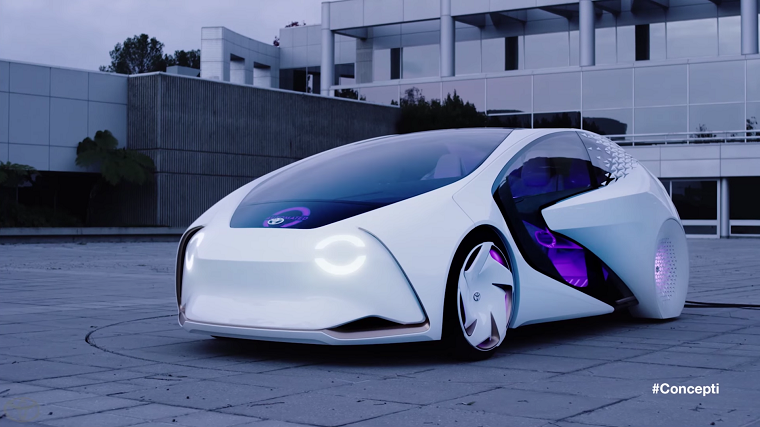 “At Toyota, we recognize that the important question isn’t whether future vehicles will be equipped with automated or connected technologies,” said Bob Carter, senior vice president of automotive operations for Toyota. “It is the experience of the people who engage with those vehicles. Thanks to Concept-i and the power of artificial intelligence, we think the future is a vehicle that can engage with people in return.”

Yui is designed to be fun and welcoming, which includes winking at passengers via the headlights when they approach. While it may be far off from hitting the streets, the goal here seems clear: once autonomous vehicles can reliably get us from where we are to where we’re going, Toyota sees the next step toward enhancing the overall experience as giving the vehicle personality, which is likely to appeal to a generation of buyers that has grown up with virtual assistants like Siri, Cortana, and Alexa.