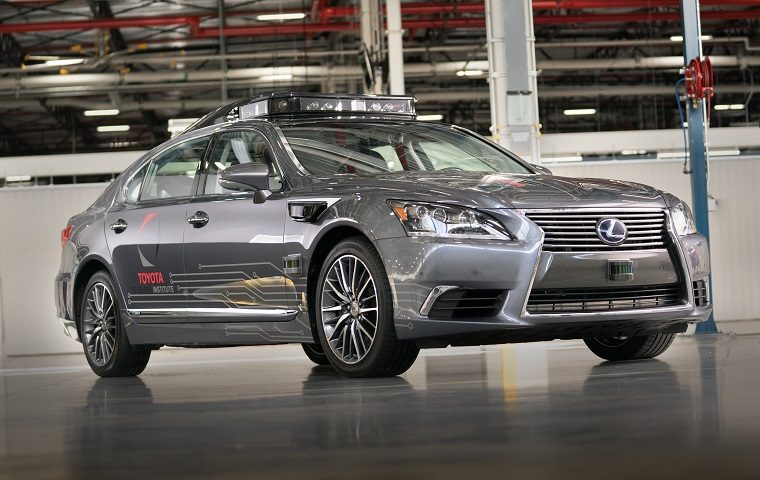 The Toyota Research Institute (TRI), the automaker’s tech-oriented branch devoted to all things AI and self-driving, unveiled at CES the latest version of its autonomous test vehicle: a Lexus LS 600h L that it calls “Platform 3.0,” after the two versions it showed off last year.

The car is equipped with LIDAR, radar, and camera arrays. Compared to the previous version, the biggest improvement is its ability to “see” farther in every direction, thanks to four long-range LIDAR sensors manufacture red by Luminar, a California-based startup, that are attached to the roof. According to Toyota, Platform 3.0 now has full 360-degree vision going as far as 200 meters away from the vehicle, making it “one of the most perceptive automated driving test cars on the road.”

Toyota also improved the look to make the camera and sensor array integrate more seamlessly with the rest of the vehicle’s design. To do so, it turned to its engineers at Toyota Motor North America Research and Development and to the CALTY Design Research team in Ann Arbor, Michigan.

“They created a new rooftop weather and temperature proof panel, cleverly using available space in the sunroof compartment to minimize the overall height,” Toyota says. “Their ingenuity eliminates the look of equipment as bolt-on appendages and replaces the ‘spinning bucket’ LIDAR sensor that has historically characterized autonomous test vehicles.”

Toyota expects that development will continue at its current rapid pace, so it is keeping the production volume of the Platform 3.0 car intentionally low. A portion of them will be assembled with a dual cockpit control layout to allow it to test TRI’s Guardian system, which uses similar software and the same sensor and camera technologies.