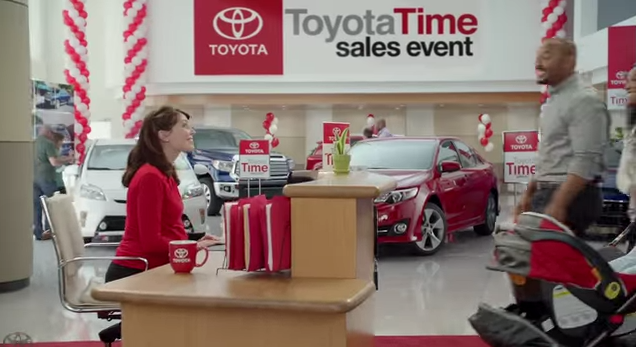 Toyota’s Jan in all her pregnant glory

What’s a car company to do when the star of its commercials announces she is pregnant? Well, that all depends on the car company. When this very situation happened to Toyota and its ad agency, Saatchi & Saatchi L.A., the two decided that rather than writing the character out of their series of ads, they would simply write the pregnancy into their character, Jan’s, storyline. Toyota Jan‘s pregnancy became the star of the commercials for a while.

The character of Jan has been a popular addition to Toyota’s ad campaign. (Read up on Toyota Jan here.) In an effort to match their commercials to what their customers wanted to see, the automaker spent about two years surveying consumers and holding focus groups in order to better understand what car shoppers want to see in car commercials. Upon deciding how the ads would play out, Toyota auditioned approximately 500 hopefuls before finding the perfect actor to play the main character, Jan. 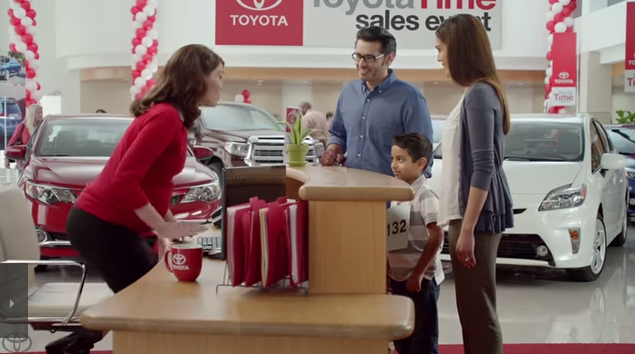 In the commercials, Jan is a receptionist at a busy Toyota dealership. Customers come in to ask her advice, which is always extremely helpful and delivered with a smile. When Laurel Coppock, who plays Jan, announced that she was pregnant, Toyota and Saatchi & Saatchi LA decided that a pregnancy would be perfect for Jan too, and began working on a new ad campaign that would highlight Jan as an expectant mother.

When asked if Jan had decided on a name for her unborn child, a rep from Toyota said, “We think Jan might be leaning towards Camry or Sienna, but would be open to hearing name suggestions from our extended Toyota family.”

What would you want Jan to name her baby? And, more importantly, would you ever call your child Camry?