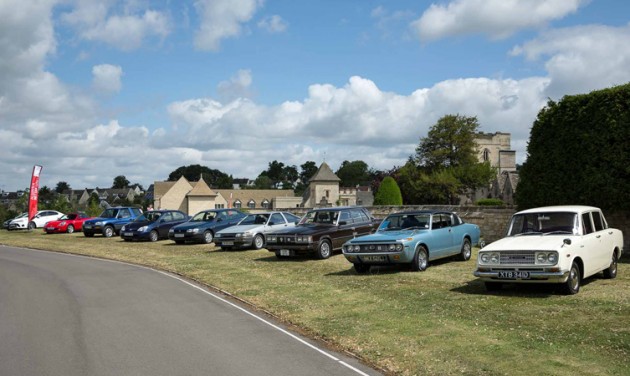 Fifty years ago, Toyota conquered new ground in the United Kingdom with the release of the 1965 Corona. Today, the Japanese automaker is celebrating 50 years of success by releasing a heritage fleet filled with vintage favorites such as an original Corona, a third-generation MR2 Roadster, and a 1992 Carina-E.

In its 50 years selling cars in Britain, Toyota has sold close to three million vehicles. The 1965 Corona was imported by Pride and Clark, which helped build a small network of dealerships around the country. Toyota introduced the Corolla in 1966, and by the time 1980 hit, the automaker had sold 200,000 vehicles. The first UK-based manufacturing plants opened in 1992—an engine plant in North Wales and a car plant in Derbyshire.

“Toyota entered the UK market with the aim of providing better cars and better service, even if those weren’t the words used back then,” explained Paul Van der Burgh, Toyota (GB) President and Managing Director. “But ever since, Toyota has stood out for giving the customer something better – better equipment, better reliability and better service.”

These days, Toyota is still enjoying success, with a 3.8% market share of UK new car sales in 2014. The Yaris in a particular favorite of British drivers, with more than 485,000 sales since 1999.

Check out some of the best cars in Toyota’s heritage fleet—you won’t be disappointed!