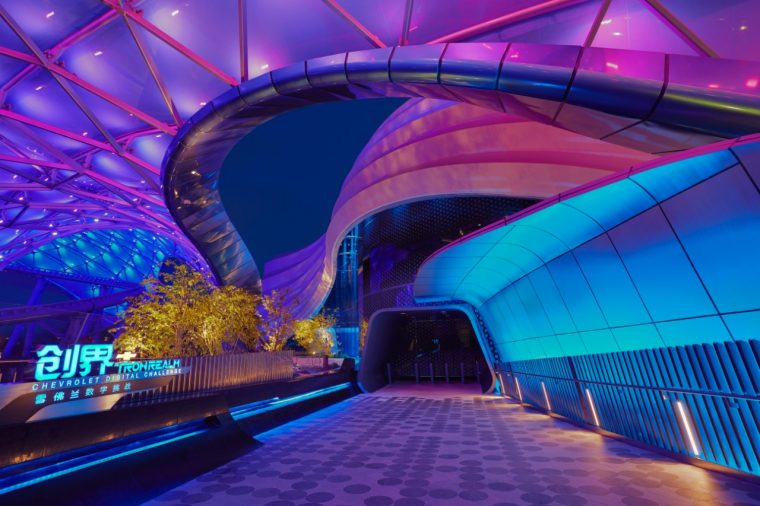 Shanghai Disneyland is now offering visitors a TRON-influenced glimpse at the future of transportation, presented in part by GM.

According to GM China, TRON Realm is divided into three interactive zones: Imagine, Create, and Drive. In the Imagine zone, guests get to virtually “suit-up” in their very own TRON Light Suit and drive through the world of the popular science-fiction film. Then, guests can design their own next-generation vehicles in the Create zone, before digitally driving a TRON Light Runner from the seat of a Chevrolet-inspired Driving Pod in the Drive section. 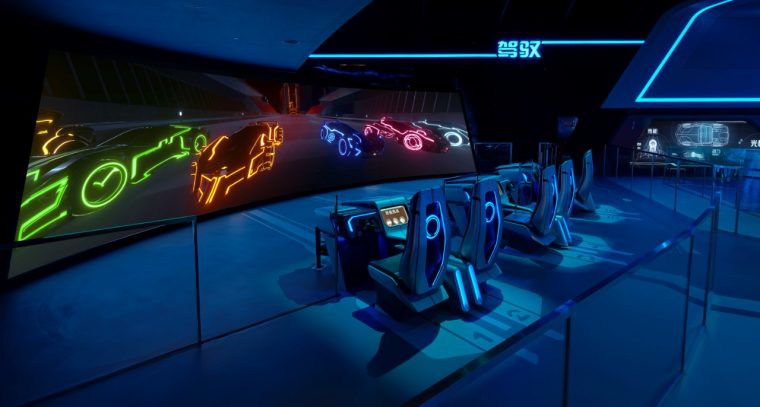 During the TRON Realm’s opening ceremony, Chevy also took the opportunity to show off the sixth-generation Camaro to a new Chinese audience.

“Disney and Chevrolet are entities of optimism, believing that with a little ingenuity, anything is possible,” Shanghai Disney Resort General Manager Phillippe Gas said at the event. “Adding to the already immensely popular range of attractions at Shanghai Disneyland’s Tomorrowland, we are confident that TRON Realm will provide all guests with another new world-class entertainment experience.” 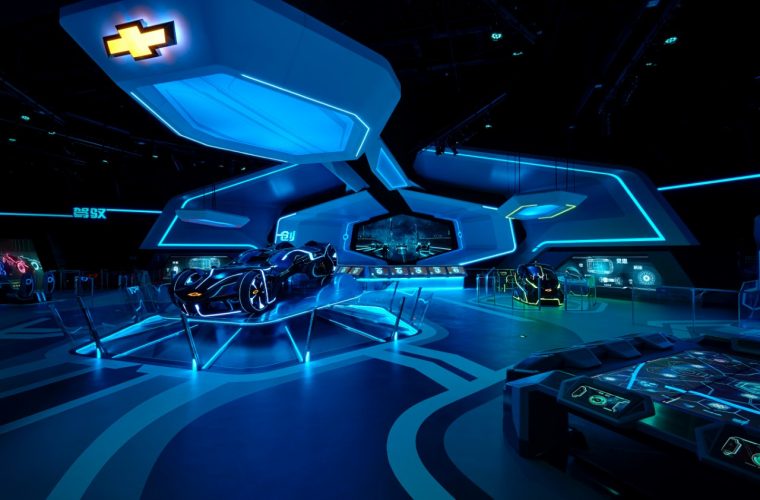 “It is an honor to work with Shanghai Disney Resort to launch TRON Realm,” added Wang Yongqing, SAIC-General Motors President. “Disney and Chevrolet have a long history of collaboration around the globe. The new experience perfectly demonstrates the drive for innovation and imagination which both Disney and Chevrolet share.”