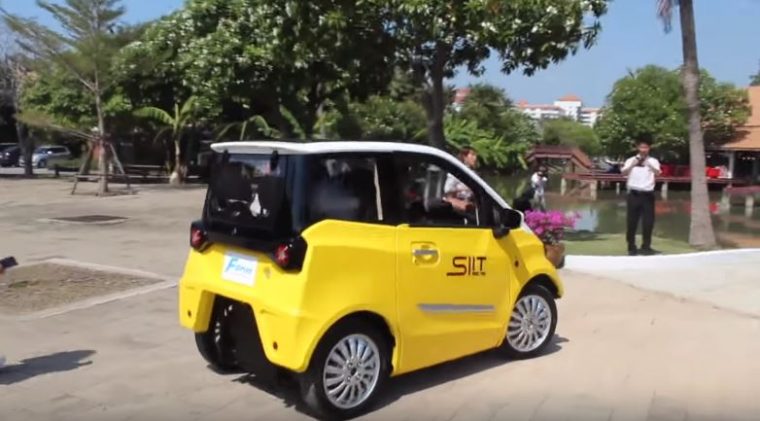 Plato’s adage, “necessity is the mother of invention” definitely applies to the story behind a Japanese floating car design. Hideo Tsurumaki, the man responsible for catalyzing the design of the vehicle, lived through the tsunami that hit his country’s northeastern coast back in 2011.

Besides the significant loss of life that occurred in the catastrophe (15,894 dead and 2,500 are still reported missing), many vehicles were lost, as well—many of them with people inside who were trying to flee the tsunami. Tsurumaki remembers worrying about his mother who lived near the coast, as well as the multitude of people who perished that day. He believes that floating cars could’ve greatly reduced the death toll from the tsunami. His encounter with the event inspired him to create his own floating vehicle design.

Two years after the event, Tsurumaki started work on the first prototype of the car. His experience as lead engineer for an ultra-compact electric vehicle (EV) at Toyota gave him a solid background to launch his own startup called Fomm Corp. With the success of the prototype, Tsurumaki gained the support of Yamada Denki Co., a home-appliances and consumer-electronics chain corporation, and Funai Electronics Co., an audiovisual equipment company. Trinex Assets Co. is another significant partnership that has contributed to Fomm Corp’s vitality.

The vehicle is a small, watertight EV that can not only float but cruise through flood waters. The design still has some ways to go to be resilient enough to withstand tsunami conditions, but Tsurumaki claims that most customers would rarely need to use the floating capacity. Instead, they could use it for short-distance trips such as running errands, as his company works on refining the design. Another potential application of the vehicle would be as a new EV model that consumers could choose, since the Japanese government is pushing for vehicles that run on green energy.

The floating vehicle is currently on its fourth prototype. By the end of 2018, Tsurumaki plans to produce 10,000 cars based on this prototype, from Fomm Corp’s factory located near Bangkok in Thailand. He hopes to take the company public by 2020.