Twitter Predictably Falls in Love with ‘The Grand Tour’ 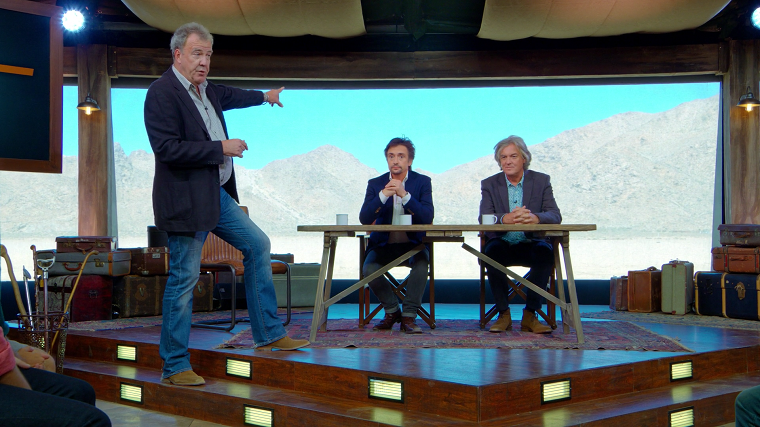 Two episodes of Amazon’s The Grand Tour are now streaming online after a long wait, piles of money from the web retailer, and a lot of banter online about whether this new show would measure up to the Top Gear of seasons past. After the latest season of Top Gear was torn apart by Twitter users around the world, the show lost one of its hosts and took a legendary ratings dive. As we looked forward to the new show hosted by Richard Hammond, James May, and Jeremy Clarkson, the question we all had in our mind was whether The Grand Tour would fare any better.

Are You Ready?: Check out what you need to do to care for your car in winter

Before anyone jumps down our throats, we were worried about the success of The Grand Tour not because we dislike the hosting team but because the show would be a departure from the program this trio normally presents. Pesky things like copyright laws and the BBC’s legal team ensured that, while the show would be similar, several key parts of it would be removed or significantly altered. If the Twitter storm over the new season of Top Gear is any indication, this group of car fans is resistant to change. Would they put up a fight if the change came from three of its favorite people?

We shouldn’t have worried, because Twitter was gushing over the first episode of The Grand Tour the minute it was uploaded. Several people reported getting misty-eyed because of how great it was. Take a look at some of the tweets below.

The first ten minutes of The Grand Tour are everything I wanted them to be. So epic! @JeremyClarkson @RichardHammond @MrJamesMay

That's the first episode of the grand tour watched. Absolutely love it! Its like old top gear but so much better! @thegrandtour

The Grand Tour is excellent fun to watch. Factual(ish) films, cheesy camaraderie in the studio, bit of slapstick also… It's brilliant!

When we checked Twitter after the second episode went live, similar tweets were made with only a handful of negative observations. That’s actually surprising, because most of the automotive media agrees that the second episode of The Grand Tour wasn’t that great.

It just goes to show that the Clarkson-Hammond-May hosting trio can truly do no wrong in the car world, even after beating up a producer. Even when they’re bad, the internet thinks they walk on water. While it’s great that so many people are invested in a car show, at the same time it’s a shame for anyone else hoping to break into the auto entertainment world. Hopefully the adjustments for the next season of Top Gear will make it a more worthy competitor to this new offering from Amazon.

Get Out There: Learn more about Jeep’s ‘Free to Be’ campaign