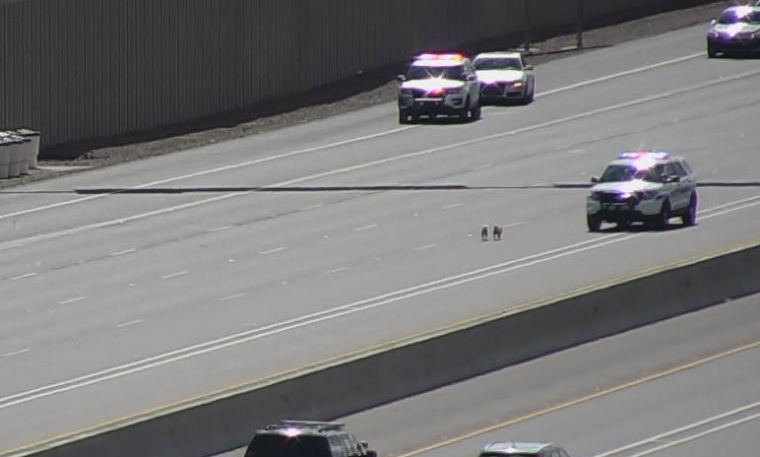 Wednesday was a Dog Day Afternoon for those in northern Phoenix as a high-speed game of fetch brought traffic to a standstill on Interstate 17.

Two small terriers had the time of their lives yesterday afternoon, racing around Interstate 17 for almost an hour as motorists, firefighters, animal control, and eventually Arizona Department of Public Safety (DPS) troopers tried to capture them. Most dog owners will tell you that if you are trying to catch a dog, chasing it will only make matters worse. Dogs see you chasing them and often think it’s a game, darting away from you as quickly as they can.

2018 Mitsubishi Mirage: Which trim level is right for you?

It took nearly an hour of dancing on the highway until the first dog, seemingly giving up from exhaustion, was captured by animal control officer Megan Smith. “[The dog] came up and put her head next to me,” she said. “I was able to pick her up and she was very sweet.”

The oh-so-sweet pup’s partner in crime, however, was not ready to give up the fight just yet. With another burst of energy, the second dog took off in a new direction: away from the highway toward a local RV park. It took another hour of chasing tails before the second dog was picked up by two local residents, who brought him to the shelter.

These sly dogs avoided capture for nearly two hours, darting between cars and across open roads as police hounded after them. While rescuers were on the dogs’ heels, it was two local female residents who were able to retrieve them. Only then were the police able to call off their dogs.

Technology Spotlight: Check out some of Mitsubishi’s latest tech features