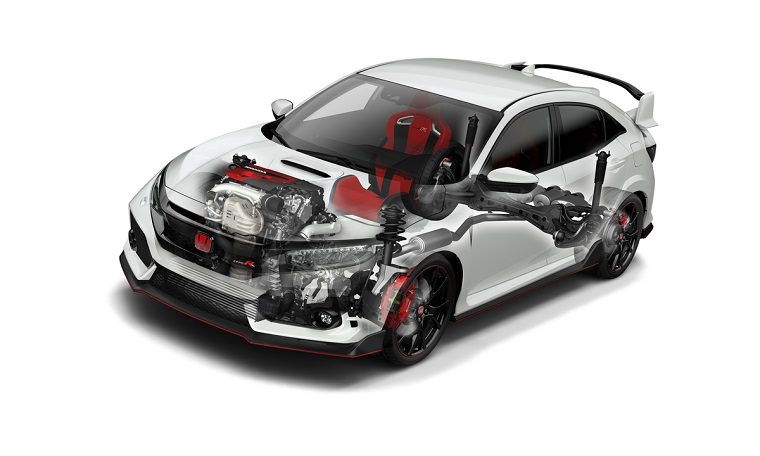 The Honda Civic Type R’s 2.0-liter turbo engine and the Honda Clarity Fuel Cell’s powertrains were both named among WardsAuto’s 10 best engines of 2018, adding to the already lengthy list of awards the automaker has accumulated over the last two months.

The two models were recognized based on their horsepower, torque, real-world fuel economy, technology, noise, and competitiveness relative to their segment.

The 2.0-liter DOHC VTEC turbocharged, direct-injected four-cylinder in the Civic Type R is the most powerful engine ever offered in a Honda production vehicle in America. It puts out 306 horsepower and 295 lb-ft of torque, allowing the Type R to reach a track top speed of approximately 170 mph.

Related: Honda Civic and Accord rack up the awards

“This twin-cam engine’s sweet spot is around 4,000 rpm, but it’s always happy to slam up against the 7,000-rpm redline,” said Tom Murphy, senior editor at WardsAuto. “It’s efficient, too. We beat on the Type R and still saw 26 mpg (9 L/100 km) during our evaluations. A close derivative of this same engine appears in the all-new mass-market Honda Accord, with 252 hp. It damn near made the list this year as well.”

The Honda Clarity Fuel Cell boasts a hydrogen-powered fuel cell stack that is 33% more compact than its predecessor, the FCX Clarity, leading to a 60% increase in power density. Its size is now comparable to that of a V6, and it fits entirely under the hood of the sedan to make more room for the five passengers. Its 366-mile range is the highest among zero-emission vehicles.

“Running on hydrogen, this comfortable five-seat all-electric car can drive 366 miles (589 km) without stopping, the longest range of any zero-emissions vehicle, while reaching a top speed of 103 mph (166 km/h),” said Murphy. “Coupled with Acura-level driving dynamics and delightfully silent operation, this car is ready for prime time despite all the insanely complex things going on under the hood and floor. We even chirped the tires in sport mode.” ©

Related: How do Honda models compare to their rivals?