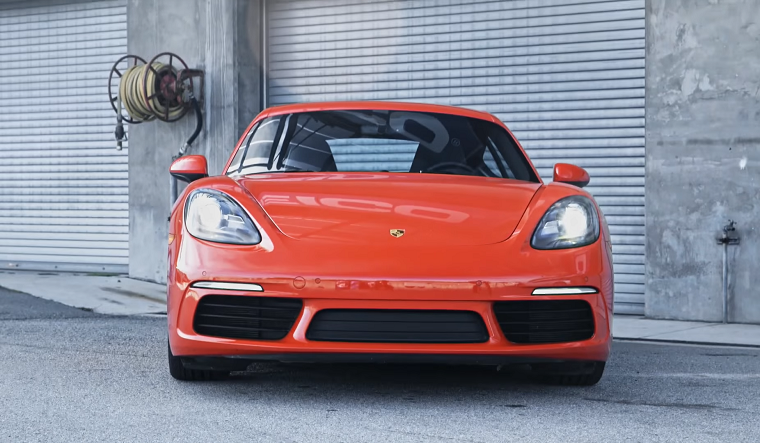 Each year, Motor Trend brings a dozen of the world’s very best cars, pits them against each other on the road and track and declares one of them to be the “best driver’s car,” defined as a car “with a multidimensional personality, a car that will delight and reward the enthusiast driver on any road at any time, regardless of weather and traffic conditions.”

This year, these were the dozen cars that were highlighted:

Of all the cars brought to the 2017 Best Driver’s Car competition, only one brand was represented twice—Porsche—and both of its cars were featured in the top three, though both were also thwarted by the much-pricier Ferrari 488 GTB.

Even so, Motor Trend’s test driver and former racing champion Randy Pobst had only good things to say about the 911 Turbo S and 718 Cayman S. He described the 488 GBT as a mistress but the 718 Cayman S as the car you should marry: “People! Marry this car! This is not like the crazy, scary girlfriend who will give you the time of your life and then boil your rabbit in the morning. The Cayman S has such beautiful balance; it’s so good that I felt like I could push it harder and harder.”

In fact, everyone on the Motor Trend staff seemed to have praise to heap on the 718 Cayman S’s balance, while everyone was also stupefied by the 911 Turbo S’s sheer capability. “I don’t want to get out,” said Pobst after taking it on a hot lap. “This car is the one you married, and it’s your mistress. It’s the whole package. I’m so utterly blown away by its capability. It was incredibly rewarding to drive. I was driving that car hard because I could.”

Given these comments it’s actually a little surprising the 488 GTB was able to take the crown away from either the 718 or the 911, but one thing remains clear: when it comes to making top driver’s cars, Porsche still knows what it’s doing.