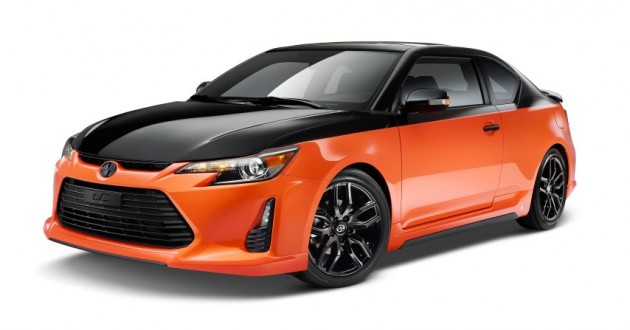 Ever seen a concept car or customized car at an auto show and wished you could drive something that cool in real life? Now you can… kind of. Scion has just released a limited-edition version of the tC sports coupe, which borrows elements from concept cars designed for auto shows and brings them to the open road in a vehicle you can actually purchase.

The Scion tC Release Series 9.0 was designed by Jeremy Lookofsky from Cartel Customs. It features a daring two-tone paint job, with a black roof and hood and magma orange around the front, back, and sides. The black theme continues on the car’s specialty rims, the blacked-out Scion logo, and the grille, giving it an instantly noticeable demeanor. 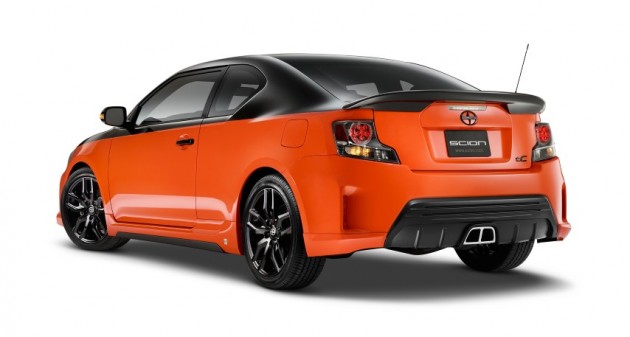 “There won’t be a way to miss the Scion tC Release Series 9.0 now that it has arrived in dealerships,” remarked Scion Vice President, Doug Murtha. “This two-toned tC lets Scion fans have an everyday driver that looks like it’s straight out of a car show…because it is!”

Some of the custom additions on the exterior include a center exhaust, unique alloy wheels, and a Cartel Customs-designed aero kit. Inside, Scion has carried the orange theme into the seat stitching, the seat belts, the engine start/stop button, the steering wheel, and even around the shifter. The two colors feature heavily both in and outside the car, giving it a striking look that really makes you feel like it’s one-of-a-kind.

And it kind of is one-of-a-kind—or at least one-of-2,000-kinds. Scion has made just 2,000 of the Release Series 9.0, making it unlikely that you’ll ever run into another one of these bad boys on the road.

The Scion tC Release Series 9.0 is available at Scion dealerships right now, with an MSRP of $23,190 for the manual transmission, and $24,340 for the automatic transmission.*

*Please note that the MSRP does not include Scion’s delivery, processing, and handling (DPH) fee of $770.