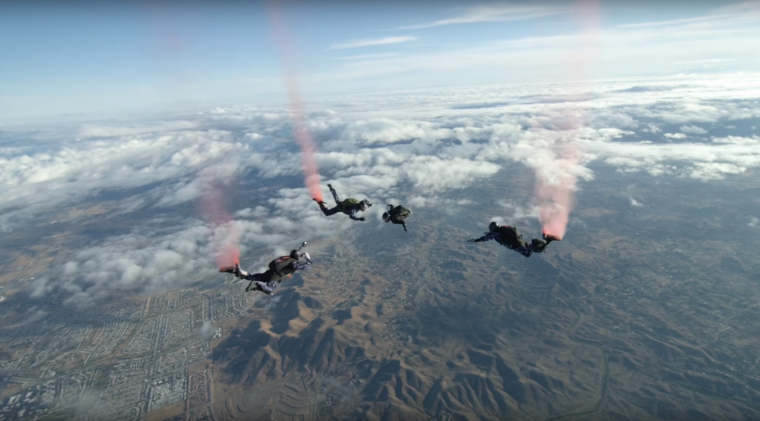 As Military Appreciation Month and Memorial Day weekend both come to a close, GMC has released two new videos that are part of the automotive brand’s #enlistme campaign for injured veterans. The program has been raising money and awareness for Building for America’s Bravest, a group that seeks to build 200 smart homes for disabled vets.

The first video introduces us to Marine Corporal Todd Love and Army Sergeant Stephen Valyou, both of whom were injured while serving their country. The two went skydiving in Perris, California, which was filmed with 360-degree cameras, to raise awareness for the plight of wounded service men and women.

“When I’m in the sky flying with my friends, it’s not the disabled and the able-bodied—it’s just a bunch of us falling through the air,” Cpl. Love says in the video. “Gravity treats us all the same.”

“It takes not being able to walk out of the picture,” Sgt. Valyou agreed, when speaking to Duhamel. “Whether you’re free falling or I am, we’re equal at that point.”

GMC has also released the 360-degree video that was captured during the skydive, which allows you to partially experience the excitement and adrenaline-rush of the jump. Check it out:

To learn more about Building for America’s Bravest, or to donate to the cause, visit https://ourbravest.org/enlistme.