Added on March 28, 2018  The News Wheel  car stuck on stairs , gps directed him to go down the stairs , San Francisco , Uber , when to not listen to your gps 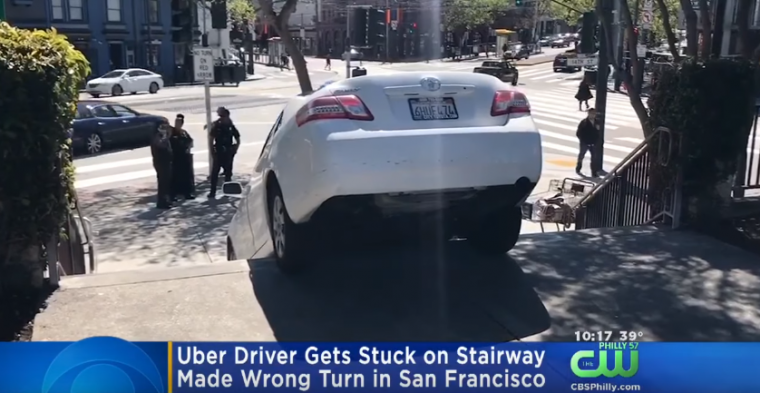 This past Monday in San Francisco, an Uber driver had an exhilarating adventure that made headlines. The GPS on his Uber map instructed him to steer down a flight of stairs. Thankfully no one was hurt.

Apparently, the driver (who insisted on being identified as “Fred”) made a wrong turn outside a Safeway store when he was traveling down Market Street. He stated that he’s been driving with Uber less than a year.

The story continues to take a turn for the worse (no pun intended) when a tow truck unsuccessfully hooked up to the car and attempted to rescue it from its awkward position parked on the stairs. The cable snapped, causing the car to propel into a trash can, then a fire hydrant.

Perks of Used: Benefits of opting for an older ride 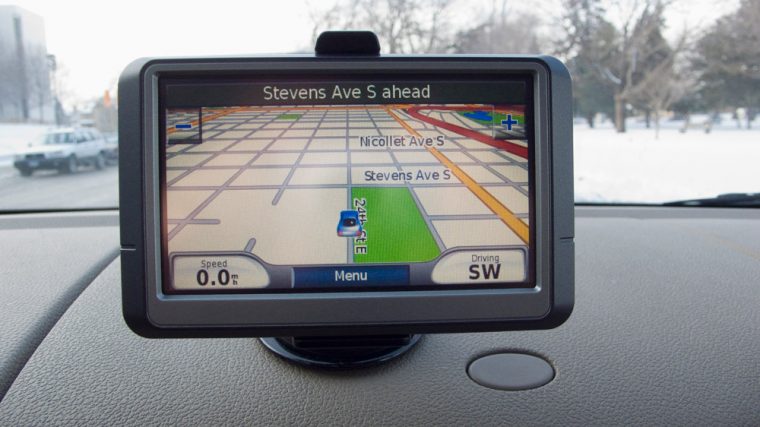 Uber is investigating the incident, especially since the same GPS-inspired mishap happened a few years ago back in 2014, when a Vina Cab driver turned down that same set of stairs.

Though the rideshare company is currently slogging through the aftermath of the fatal self-driving Uber vehicle crash, it might also want to initiate a side project of putting its drivers through a basic GPS/navigation training system.

It might also want to consider using non-Uber navigation apps which tend to be more accurate. Waze, Navmii, and Google Maps are just three of the effective apps that users recommend.

In the meantime, here’s a video that the company should consider including in its GPS/navigation training program if it implements one.

Maintenance Smarts: Why it’s important to rotate your vehicle’s tires