Uber To Rehab Its London Image with Clean Air Plan 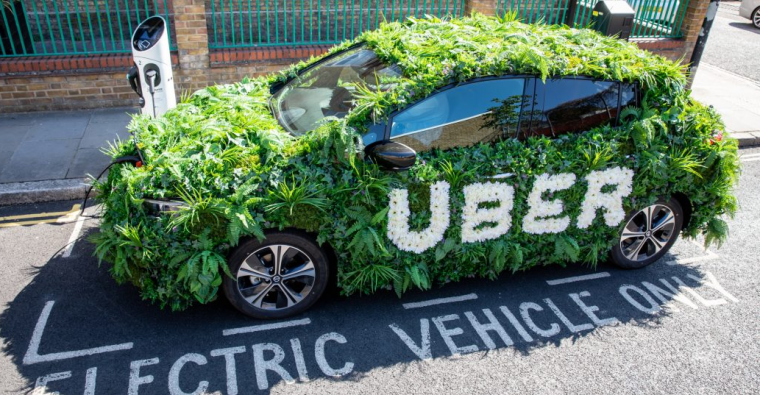 Uber lately has been a series of PR fires, with CEO Dara Khosrowshahi more often than not playing the role of firefighter. One of these fires was London, where the government briefly considered banning Uber wholesale before eventually letting it have a 15-month probationary period. So, now that it has something to prove, Uber is revamping a program that it announced just before the revoking of its license: getting its drivers to go electric.

Partly There: The Mitsubishi Outlander PHEV combines the benefits of electric and gas

The original plan was actually to require drivers in London to use a hybrid or electric car by the end of 2019. To help with this, Uber would offer driver’s grants using a large fund plus additions from a “clean air” surcharge on its rides of 35 pence (about 45 cents in U.S. dollars) per mile.

However, the new plan is a little longer-reaching. The goal is now to have all cars be electric by 2025. Riders will still be charged a “clean air” fee, but of only of 15 pence (about 19 cents) per mile. That money goes to incentives for drivers to switch to electric cars and other clean-air schemes.

Those incentives are on how much a given person drives for Uber. For someone who averages 40 hours per week, Uber said it would offer about 3,000 pounds in two years’ time or 4,500 pounds in three years, to put toward buying an electric car.

How It Works: Here’s how the innovative plug-in Outlander works

Meanwhile, Uber will also offer deals on home chargers like BP ChargeMaster, EO Charging, EVBox, etc., to let drivers charge up at home. Then it has already partnered with ChargePoint to provide rapid charging stations in central London for Uber drivers. Finally, it has announced it will soon launch a program to scrap old diesel cars, offering 1,500 pounds to the first 1,000 people to give up their pre-Euro-4 diesel cars.

Finally, a personal note. All in all, this is both a refreshing change for a really awful company and a good image boost for Uber in the eyes of the pollution-conscious London government. I look forward to seeing it work out.