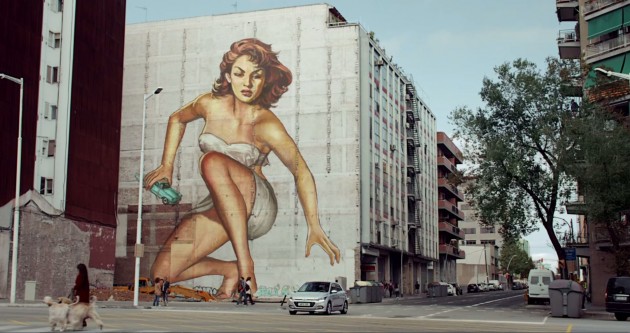 Artwork doesn’t have to be confined to a studio canvas
Photo: Hyundai UK via YouTube

Art doesn’t have to be confined to a canvas frame in an air-conditioned gallery. Everyday visionaries are changing the way we see art, both on the streets and on the road.

Hyundai UK’s advertisements for the i20 supermini pay homage to the works of great street artists–and compares that inspiration to the work of automobile designers.

“The great thing about inspiration is that once your open yours eyes to it, you see it everywhere.”

JPS and Hyundai Team Up to Create Graffiti Art

Most graffiti artists have to work in secret under the cloak of nighttime, but British stencil artist Jamie Paul Scanlon (known as JPS) was able to work with Hyundai UK to create stunning and humorous installations in broad daylight. The self-taught artist was the creative talent behind Hyundai’s ad, capturing the creativity of street art.

In the behind-the-scenes footage for the commercial, JPS shared how he had been enduring struggles but turned his life around after visiting a Banksy exhibition. Giving up drugs and alcohol, he decided to return to his talent growing up by being an artist. His stenciling uses a incorporates a lot of references to pop culture, memes, and puns. 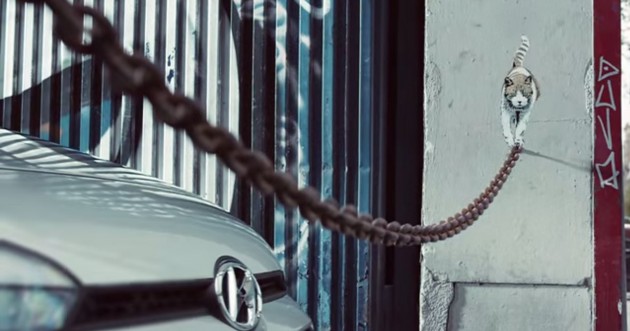 Here, he used his talents in a Hyundai ad to recreate some classic street art while including some of his own. The commercial was filmed around Barcelona and Madrid and included depictions of a cat walking on a chain, a cheerleader with grass tufts for pompoms, a garage door as a mouth, and an attack of a 50-foot woman.

A couple months later, a similar follow-up video for the i20 Coupe was released, which featured men with trees for Afros.

Related: What is Hyundai Hope on Wheels?