“Nothing unusual here, just Chewbacca detained for being without documents while driving Darth Vader to the elections in Odessa. The Sith Lord has already claimed this was illegal as Chewbacca is his pet and general servant and thus does not require documents.”

Chewbacca was arrested and removed from a polling station, after police accused him of disrupting proceedings. Chewie told police that he was simply there to support Darth Vader, who was attempting to vote, so apparently things have changed rather drastically since Endor.

In the end, Chewbacca was charged for not being able to produce identification and fined 170 hryvnia (about $7.28 in the US) for the “administrative offense.”

In reality, people in Darth Vader costumes have been seen frequently in Ukrainian elections, many of which have legally changed their names and campaign for office in full costume—16 different Sith Lords took part in last year’s parliamentary vote. Meanwhile, a man running as Emperor Palpatine (his occupation was listed as “emperor” at “LLC Palpatine Finance Group”—seriously) was elected to a Ukraine city council, with over 54% of the vote.

It says quite a bit about how well your country is doing when more than half of its people would prefer to be ruled by the Dark Lord of the Sith. Ukrainian elections are notoriously marked by dirty voting tactics like voter-buying and backroom deals. 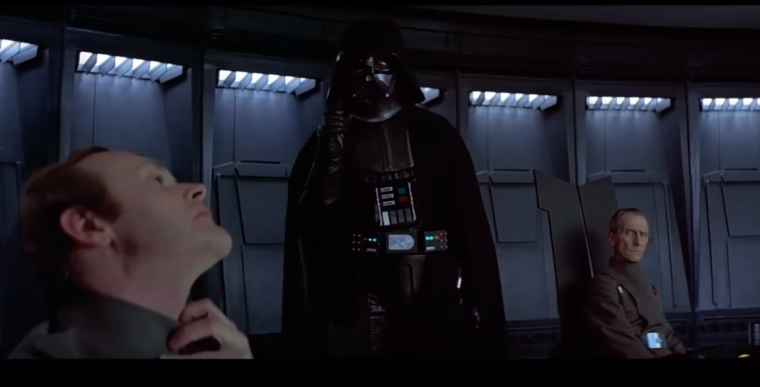 So it’s less a bout of whimsy and more that Ukraine finds its government’s lack of honesty disturbing
Image: Lucasfilm/Disney

Perhaps it might be a good idea to have the country ruled by a semi-wizard that can read minds. After all, the Empire did offer one thing: proper infrastructure.