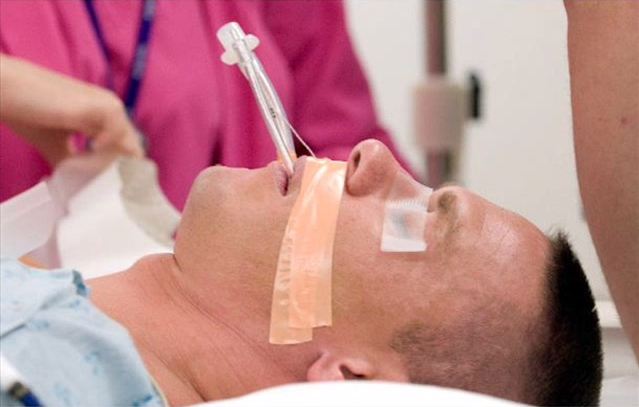 A week ago, I noticed that an unusual number of people had come to The News Wheel looking for news regarding WWE Superstar John Cena’s purported demise in a car accident. I then wrote a post refuting that particular rumor, even going so far as to include a Vine from that very same morning of Cena squatting just a stupid amount of weight (and with a full range of motion, no less).

This post somehow went viral, racking up hundreds of thousands of views around the world. Even today, dozens and dozens of readers in New Delhi, Granada, Mumbai, Pune, and Bengalaru are perusing the original blog in the hopes of determining whether their shining star John Felix Anthony Cena is still alive. (Spoiler: he is.) Yet, despite clear and present evidence that John Cena did not die in a car accident in 2012 (or in 2015, for that matter), the post continues to get comment after comment asking if Cena is dead or alive (also, comments that are somehow under the impression that I am John Cena; I am decidedly not John Cena).

Given that it’s been a week, and that a whole lot of dying (or not dying) could take place over the course of seven days, I figure it best to alleviate these concerns once again (and shamelessly attempt to recapture lightning in a bottle). As of 11:00am EST on Tuesday, March 10th, 2015, John Cena remains completely and unequivocally not dead. For further evidence that he was not dead as of Monday night, please see the following video of him putting a whupping on Rusev and finally getting his return match for the U.S. Title at Wrestlemania:

It is entirely possible that, in some fractured universe on some alternate plane of existence, John Cena did not survive the rather insubstantial accident that claimed the life of one Chevy Bowtie badge on March 19th, 2012. It’s entirely possible that he did not go on to wrestle Mark Henry that same night, and that he did not then go on to have a “once in a lifetime” match against The Rock at Wrestlemania that year. (This would then mean that wrestling fans would not be treated to that same “once in a lifetime” matchup again the following year, which might actually have  resulted in CM Punk sticking around for another couple of years or so.) 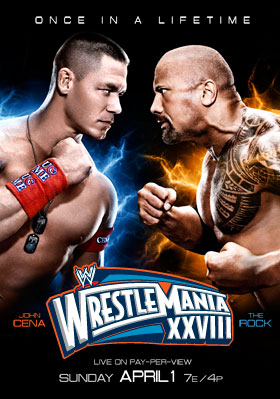 Some people have an odd understanding of the word “once” Photo:WWE

It is entirely possible that in some dimension beyond our comprehension, non-canon John Cena (Earth-62123 Cena) has not spent the last three years living and wrestling (sports-entertaining) and kind of being a toolbag on Total Divas because he perished in some manner of car accident. It would be a dimension in which Cena would have never inexplicably beaten Bray Wyatt at Wrestlemania and killed his momentum almost entirely, and one in which he would not stand on the precipice of defeating the evil Rusev and defending the honor of AMERICA. Next: John Cena Lives for Cars…

We can ponder the ramifications of living in such a universe, but we must understand that that particular somewhere is not ours. In this moment, the very moment in which you and I are co-existing right now, John Cena is very much alive. Incredibly so. And that’s likely due to his superlative experience behind the wheel. 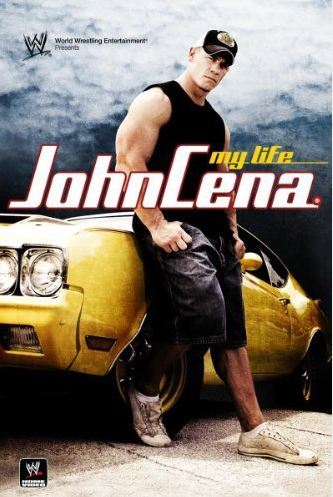 John Cena, you see, is an avid man of the automobile. In 2009, he told Motor Trend all about his love of cars, saying that he first learned to drive in a 1984 Cadillac Coupe deVille, his favorite road trip is the long drive from Tampa to Springfield, Massachusetts, and that his daily driver at the time was a 1971 AMC Hornet SC/360. In 2009, Cena’s collection was 21 muscle cars deep, including a pair of 1970 Buick GSXs, a ’70 Pontiac GTO Judge, a 1969 COPO Camaro, and a 2006 Ford GT. There’s even a rather large feature in the 2011 three-disc DVD set John Cena: My Life wherein Cena revels in his car collection in great detail.

Dollars to donuts says that Cena’s added a few cars to the collection in the meantime, and I’d make a hard wager that he’ll be one of the first in line to get the new Ford GT when it drops next year (provided, of course, that he is still alive). (Note: Cena also notes that most of his cars don’t have radios because they’re built to be track-ready. I’d like to imagine that this results in Cena rapping his own theme music to himself every time he drives.) How much of a car guy is John Cena? Here he is toolbaggishly condescending to his girlfriend—fellow WWE Superstar Nikki Bella—because she doesn’t remember how to pronounce DeLorean:

Better yet, here he is go-kart racing Nikki and knobbishly spinning her out for the win. She screams that he’s given her whiplash as a result, which surprisingly did not result in an onslaught of silly Nikki Bella death hoaxes.

Also, as part of his entrance for Wrestlemania XXIII, Cena drove a Shelby Mustang GT-H through the streets of Detroit and defenestrated his way into Ford Field in spectacular fashion. Full disclosure: it is entirely possible that Cena actually let a stuntman take over driving duties and simply emerged from the driver’s seat to give the appearance that he had done all that fancy driving himself, but to suggest something like that might give one the idea that pro wrestling is not entirely on the up-and-up.

So why lay all of this out for you? Is it simply to strengthen the tenuous connection between John Cena and the automotive world so as to have a better excuse for writing about something related to professional wrestling? Of course not. Why would you suggest something like that? Get out of here with that noise. This is a means to establish that John Cena is a skilled and experienced driver who likely engages in safe practices such as fastening his seat belt and adjusting his mirrors so that he can see other drivers (unlike his opponents, who are still quite unable to see him). 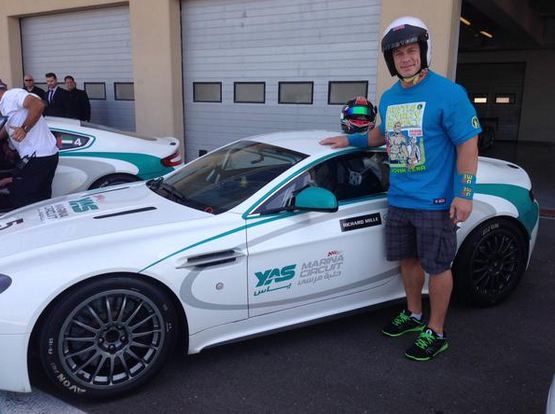 But you can see him right here RESPONSIBLY wearing a helmet Photo:John Cena/Twitter

More importantly, this is a means to communicate to you once again that John Cena is alive and well. Though, to be fair, he hasn’t posted anything to Twitter in almost a full day. LET THE SPECULATION SWIRL! 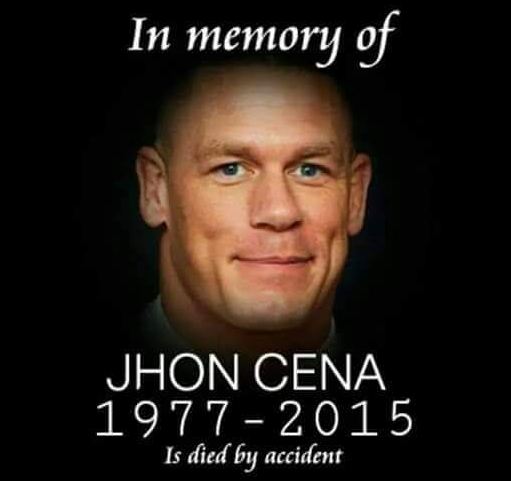 Trying to up my #twerk game. This time my moon’s under my hammy. @DennysDiner never neglect flexibility! @CrossFit pic.twitter.com/m1EJFhNM2b — John Cena (@JohnCena) March 12, 2015