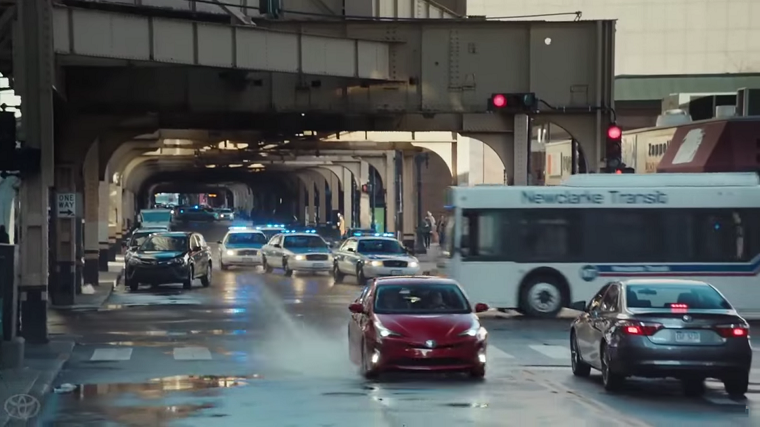 Last month, I announced that Toyota was going to pull all of its Prius car chase ads, which the automaker was supposedly going to do because of the currently sensitive and controversial nature of police activity. At least, that’s what I’d heard, but Toyota wouldn’t confirm.

Sure enough, the ads were not just removed from the air but also from the Toyota YouTube channel. I wasn’t quite on the mark as to the reason why: Jonathan Farris, a public safety advocate who owns the PursuitForChange.org website, has been petitioning Toyota to pull down the ads ever since they were first revealed because they feature a car chase.

Jon’s son, Paul Farris, was killed on Memorial Day weekend in 2007 by a driver who was being pursued by a Massachusetts State Trooper for an illegal U-turn violation. The death of innocent bystanders isn’t something we often think about when we imagine car chases, but a quick look at the stats reveals that police pursuits claim hundreds of lives and injure thousands each year. Furthermore, they cost billions in liability costs, and other than death by firearm, a car chase is the second-deadliest event a police officer can face in his career.

The issue with an ad like the Prius car chase is that, as we see in most films and commercials, it doesn’t realistically represent car chases but rather glamorizes them. One could argue that the commercial should simply be interpreted as the funny piece of content it was meant to be and that pulling it from the air is somewhat of an overreaction—and I’ll be honest, that was my first thought.

But at the same time it does get in the way of communicating the message that Farris has been trying to get across to the public for years, and the statistics show that this message is important enough not to be disregarded for the sake of humor. Police car chases are not funny; they’re lethal. There are better ways of catching criminals.

Quick Tip: How to prepare your car for the summer

Source: USAToday and Pursuit for Change