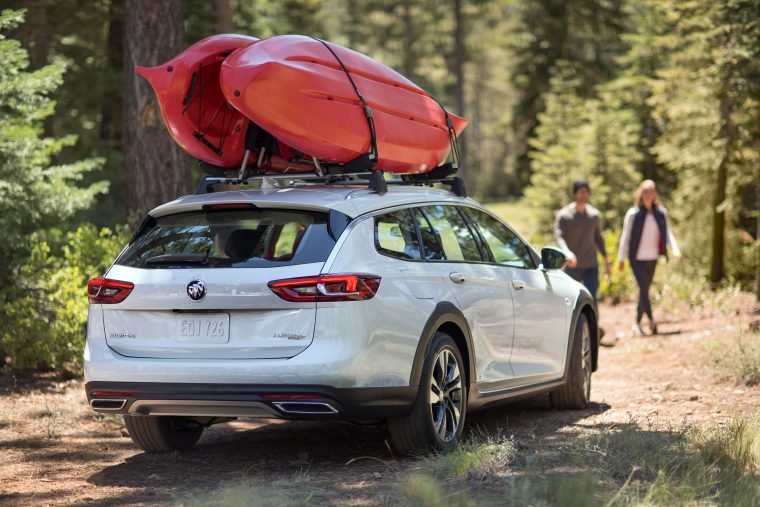 When it comes to fuel efficiency, aerodynamics are key. Cars these days are designed to create as little wind resistance as possible in an effort to boost efficiency ratings. Designers also make a conscious effort to reduce the weight of a vehicle (i.e. Ford’s switch from steel to aluminum truck beds). So it seems only natural that when you add cargo to the roof rails of your vehicle, it will reduce the fuel efficiency. But by how much?

A Reliable Ride: Tips for buying a used car

Buick put this to the test with the new Buick Regal TourX, a hatchback designed for outdoor adventures. Without roof rails at all, the TourX earns an EPA-estimated 21 mpg in the city, 29 mpg on the highway, and 24 mpg combined. The first test in the series simply added roof rails to the Buick, without any cargo attached to them. This addition alone hindered the TourX’s efficiency by 7%, decreasing it by 2 mpg.

The second test added cargo to the roof rails. Buick tested several different items, from paddle boards and kayaks to mountain bikes. When two mountain bikes were strapped to the roof rails, as the TourX is often advertised, fuel efficiency dropped by a staggering 31%, losing 9 mpg. “To add a little fun to the mix, we also tested a large, inflatable unicorn pool float (because why not, right?) and strapped it down to a Thule basket,” said Taylor Martin at Men’s Health. “It caused a whopping 34 percent drop in fuel economy.”

It’s important to keep in mind how you will use your vehicle when considering fuel economy. If you plan to commute to and from work without heavy cargo, your realistic fuel economy will likely match — or come close to matching — that advertised by the manufacturer. However, if you plan to go on camping trips and bring along your outdoor gear, be ready to make more frequent stops at the gas station.

Model Showroom: Explore all of the 2018 Buick TourX’s new features