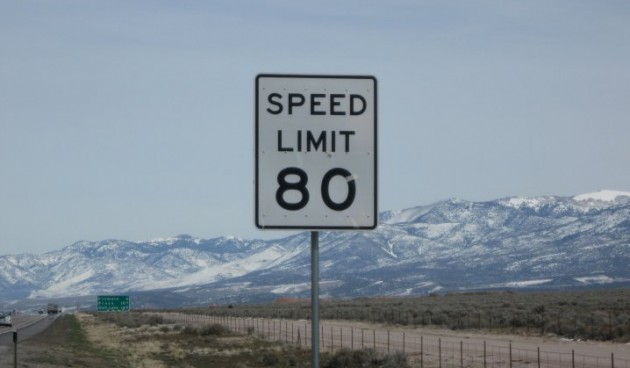 Despite the old adage that speed kills, it’s become increasing clear that speed limits on highways are little more than politely-acknowledged suggestions more often than not. As such, there have been efforts to increase speed limits in various parts of the country over the last several years. Today, an article from the University of Texas’ Assistant Professor of Transportation Engineering makes quite the compelling case.

Stephen Boyles’ “Roads Are Better. Cars Are Safer. Let’s Raise the Speed Limit” points out that speed limits are routinely disobeyed because they are often impractical. In most cases, speed limits were set at a point in time where vehicles were not safety-tested as rigorously and where oil shortages made it prohibitive to exceed 55 miles per hour.

Boyles ostensibly says that those who follow the speed limit mostly do so out of obedience, and that this obedience by a small number of drivers creates more dangerous situations than it prevents. He draws upon a statistic presented by the Federal Highway Administration, the National Cooperative Highway Research Program, and the Institute of Transportation Engineers that states that only one out of seven cars should drive faster than the speed limit on the highway.

It’s also pointed out that raising speed limits to reasonable levels would make the laws more widely respected. It’s a common understanding that most highway patrol officers maintain a buffer zone of up to 10 mph (and in some cases more) where it is acceptable to exceed the speed limit if one is driving safely. Setting a maximum speed limit around 80-85 mph would allow police to enforce limits with greater authority.