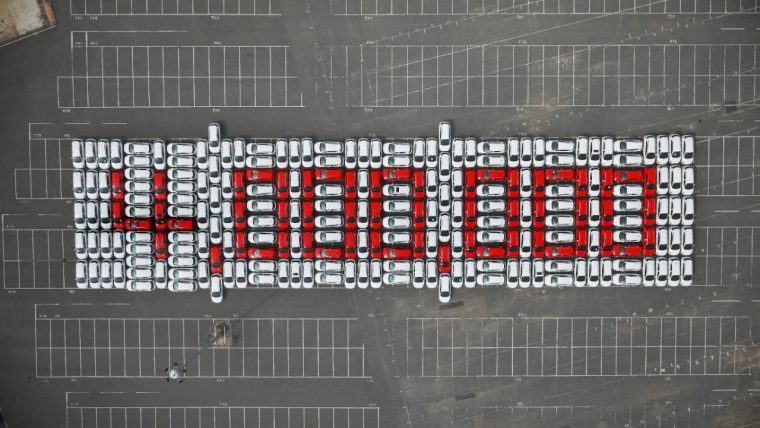 Vauxhall may have changed hands from General Motors to PSA Group officially at the beginning of August, but its decades-long history remains intact and ongoing. Production of the Vauxhall Astra began in 1981 at Ellesmere Port, and it this month surpassed the 4 million-unit threshold. To celebrate, Vauxhall put together a lovely little photo op that saw 236 Vauxhall Astra Sports Tourers—57 red and 179 white—gathered together to spell out 4,000,000.

“The Vauxhall Astra has been one of Britain’s best-selling and -loved cars for almost four decades, and we’re proud to manufacture it here in the UK at Ellesmere Port in Cheshire,” said Denis Chick, Director of Communications at Vauxhall Motors. “We felt the production of our 4 millionth Astra was worth celebrating and, as always, the team at Ellesmere Port has stepped up to the challenge by creating this stunning image.”

The feat took just around 12 hours to pull off, and the result is nothing short of impressive. All seven generations of Astra have been built at Ellesmere Port, which today employs 2,000 people and builds around 680 new Astras a day.

Vauxhall also notes that 4 million Astras would equal out to 62,500 Big Bens if stacked atop one another and would span the length from the UK to China and back if linked from end to end. It is also estimated that the 4 million Astras have driven a cumulative 216 billion miles (so far), which is enough to drive to the sun and back 1,161 times.

Vauxhall also put together a similar stunt in 2015 to celebrate the launch of the next-gen Astra that saw 128 Astras forming the shape of the Union Jack.