Vauxhall this month revealed the first ad for its new Insignia, a 30-second spot entitled “This is not a car” that also ushers in the brand’s new slogan: “Isn’t Life Brilliant”. In sharp contrast to Opel’s ads for its Crossland X crossover, this commercial can actually be viewed outside of the UK, which means you can check it out below:

“To launch the new Insignia, Vauxhall was looking for a creative concept that clearly marked this car out as something different—as a revolution rather than an evolution of the previous model,” said Paul Dean, Managing Director for McCann Central, the agency responsible for the new ad and brand identity.

“This need to break existing perceptions resulted in ‘This is not a car,’ which asks our audience to re-assess everything they think they know about Vauxhall and the Insignia and position the car in a striking new light.  However, this is just the start of the new identity which will bring renewed confidence in the brand as we celebrate all that is truly British; the cars, the humor, and optimistic outlook on life.” 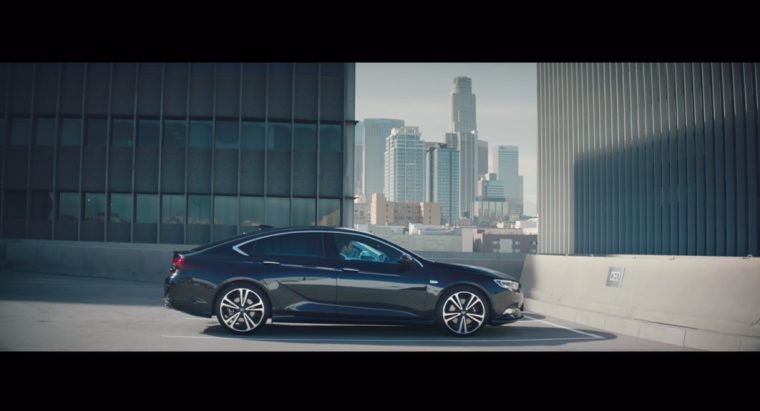 Per Vauxhall’s description of the ad, it aims to “speak to savvy drivers by illustrating they no longer have to make compromises by challenging the status quo.” Vauxhall Marketing Director Simon Oldfield adds that “’This is not a car’ looks to challenge perspectives on what Vauxhall, with our new flagship Insignia, offers drivers, a genuine alternative to the premium marques.”

And while the idea of positing that a new sedan is a game-changer or somehow more than what it is in actuality (a sedan, even if it’s a particularly nice one) is somewhat overdone, at least the idea of “This is not a car” is consistent with the idea posited by Magritte’s “The Treachery of Images.” Ceci n’est pas une Insignia, it’s just a video of somebody driving one. Truly artful.