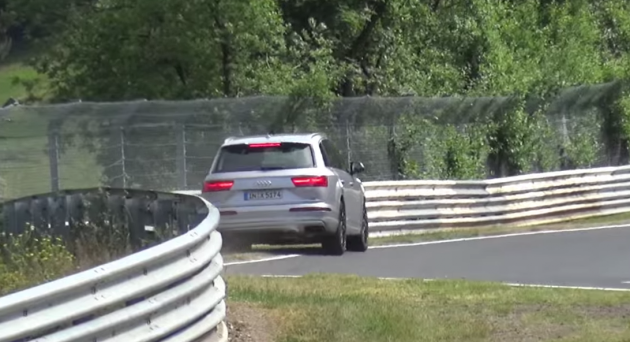 Video footage has surfaced of a 2016 Audi SQ7 prototype crashing at the Nurburgring racetrack in Germany.

Damage to the Audi didn’t look that severe, but a hard collision with the guardrail was enough to lift three wheels off the pavement and definitely hurt the prototype’s lap time.

The Nurburgring is no stranger to accidents, as it was the location of Niki Lauda’s fiery crash that almost killed him in 1976 and racing legend Jackie Stewart famously nicknamed the racetrack the “Green Hell.”

The SQ7 is a high-performance version of the Q7 and is expected to be released later this year, although it’s not clear yet exactly which engine it will feature.

Caitlyn Jenner Is Being Sued Over Fatal Car Crash in February

You might suspect that Caitlyn Jenner (formerly Bruce Jenner) has just permanently moved into the sidelines of Facebook where trending news stories hang out….