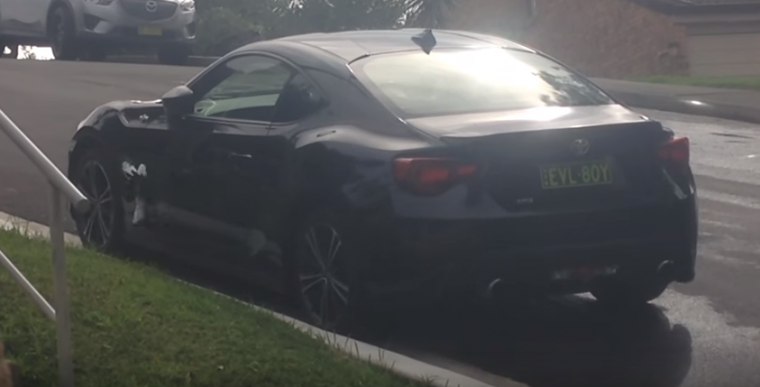 The owner caught the magpie mid-attack

Thanks to the wonder that is YouTube, it’s easier than ever to watch weird and wonderful videos online. Some of the weirdest involve animals attacking cars for no apparent reason, like the pack of dogs that ate a Toyota RAV4 in Russia or the bear that ate a candy bar, as well as the interior of a Toyota Venza. The latest animal-attacks-Toyota story to surface involves an Australian magpie and a sporty Toyota 86 (also known as the Scion FR-S).

The story began when the car’s owner found unexplained scratches on the side of his 86. Mystified, he decided to set up a stakeout to find out who the culprit was. What he saw surprised him. Check it out below (but, beware, there’s some NSFW language at the end when the dude yells at the magpie).

The video begins with the magpie standing next to the sporty coupe and giving it a good look. Before, long, the bird takes matters into its own hands and starts flying at the door, pecking at the car with its beak. The owner can’t be too concerned about the scratches on his ride, because he waits a good 20 seconds before coming out from his hiding place and shouting at the bird. The magpie, unimpressed, stands defiantly by the car as the video ends.

Magpies are known for their attraction to shiny things, so perhaps the sun’s reflection on the Toyota 86 caught the bird’s eye and caused it to attack. Of course, it’s also possible (and probable) that the bird was an undercover cop who was mad that the 86 was parked illegally.