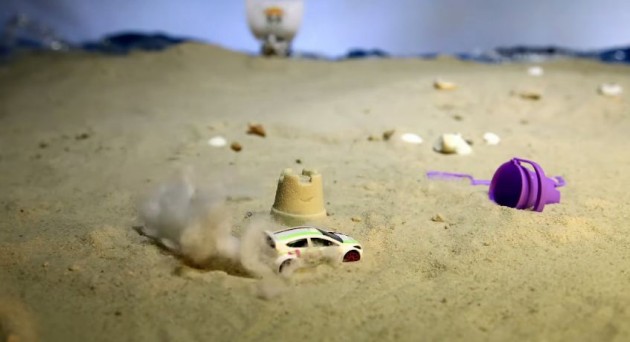 Snowkhana has fast become one of the best parts about the winter, and now Ford Australia has conspired its own sunnier alternative to the miniature antics of Mental Block.

Meet Sun_Block, the 1:43 scale Fiesta tearing around the beaches of Australia in Beachkhana 1.0.

More from Ford: The Liquid Silver 2017 Ford GT is a Looker

As with the Snowkhana series, Beachkhana features a small Fiesta rally car that is presumably being driven by a super tiny Ken Block. In this instance, our hero car tears across a sandy beach, shutting down a Top Gun-esque game of volleyball being played by a bunch of Upper Deck basketball figures (including one that we’re pretty sure is Larry Bird). 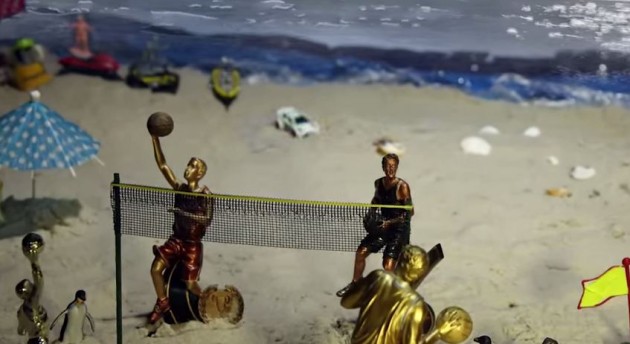 At one point, Sun_Block drifts around a sand castle and turns it into a miniature Sydney Opera House. Because Australia. 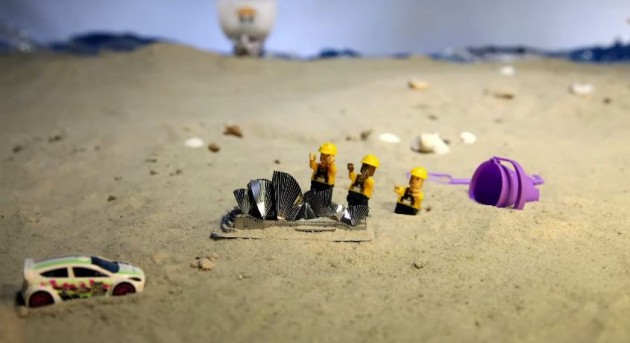 Also because Australia: kangaroos, koalas, the Flag of Australia, the Queen of England, and a shrimp on the barbie. 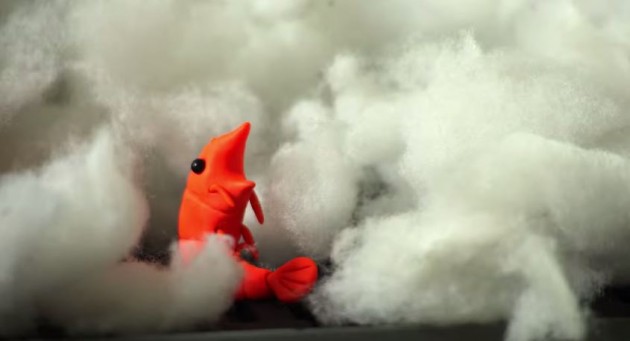 Well done, folks. Not the shrimp. The video. The video is well done. We’re looking forward to next year’s entry already.