Want some proof that superheroes are among us? Check out this video of a guy lifting a car out of the bike lane (warning: apparent off-duty Latin American soccer announcer weighing in):

Normally you would expect bike/car interactions to go badly for the biker, but apparently that that only works in the car is moving. Once you park, you are at the mercy of the Bike Lane Avenger. The unwitting victim of Super Biker parked his car so that it blocked the bike lane in São Paulo (and most likely not Stockhom, Switzerland, as some claim. The name of the video is written in Portuguese, primary language of Brazil).

Side note: it is almost spooky how much the Protector of the Bike Lane here looks like the Thing from the Fantastic Four. 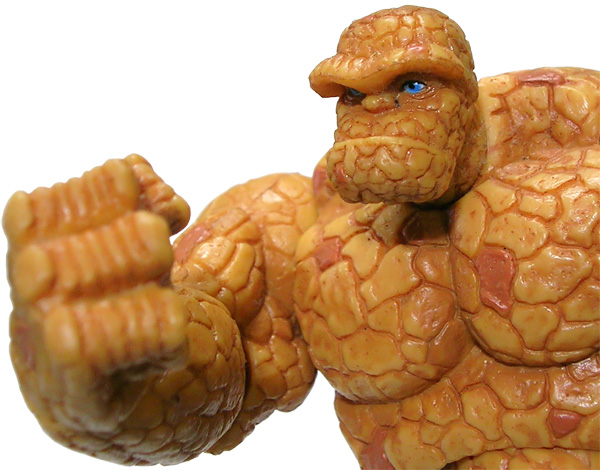 Don’t park in the bike lane, or it’ll be Clobberin’ Time
Image: Gobi

Let’s take a moment to appreciate just how strong this guy has to be. We guessed that the car is probably a European hatchback from the 90s, with the most likely culprit being a Citröen AX. The AX weighed in at around 690 kg of curb weight, or 1,521.19 pounds. While tilting and moving a car is very different front lifting it straight up, that is still a considerably huge amount of weight to just casually shift out of the way so that you can bike past.

Speaking of which, our favorite part is when, after the Bike Hulk pulls off this impressive feat of strength to the sound of the cheers and adulation of the onlookers, he just calmly gets his bike, hops on, and rides on his way, like nothing happened. 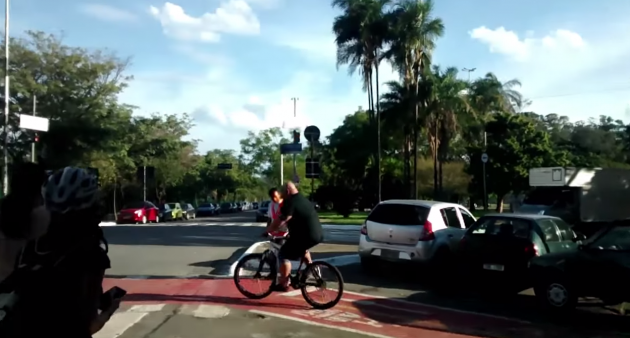 All that was missing was the car exploding behind him.