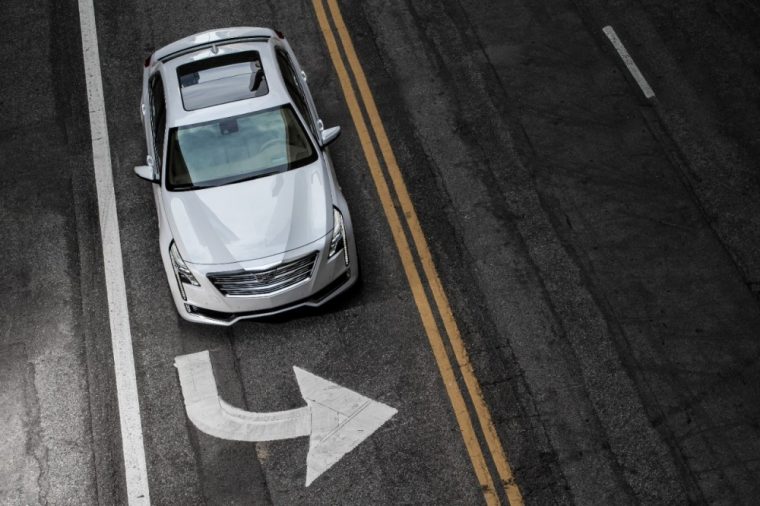 The CT6 sedan is the star of the new Cadillac commercial that recently leaked
Photo: © General Motors

The new Cadillac CT6 commercial was scheduled to air during the upcoming Academy Awards, but one person with special access to the commercial has taken it upon himself to provide everyone with a sneak preview.

Cadillac sent out a package containing the commercial to a select group of clients via snail mail, but YouTube user dslay04 decided to go ahead and upload the commercial for the general public’s viewing pleasure.

GM History: Check out the 100-plus-year history of the Chevrolet brand

The new commercial is similar to other recent Caddy commercials, but the unique part of this commercial is that while the CT6 sedan drives forward through the city, everyone and everything else is slowly moving backwards. The is meant to symbolize how Cadillac is pushing the auto industry forward with original ideas, while other car brands are failing to keep up with GM’s luxury brand.

The 2016 Cadillac CT6 sedan is available with a twin turbocharged 3.0-liter V6 engine good for 404 horsepower and 400 lb-ft of torque. For those who don’t require so much power, Cadillac also offers a 274-horsepower four-cylinder and a non-turbocharged V6 engine rated at 335 horsepower.

The new CT6 is also available with all-wheel drive and an Active Chassis package with magnetic ride control. Consumer Reports praised the sedan’s nimble handling in a recent video review.

Cadillac’s new “Forward” commercial is scheduled to make its official debut during the Academy Awards on February 28th.

Best Buys: Should you buy or lease the new CT6?