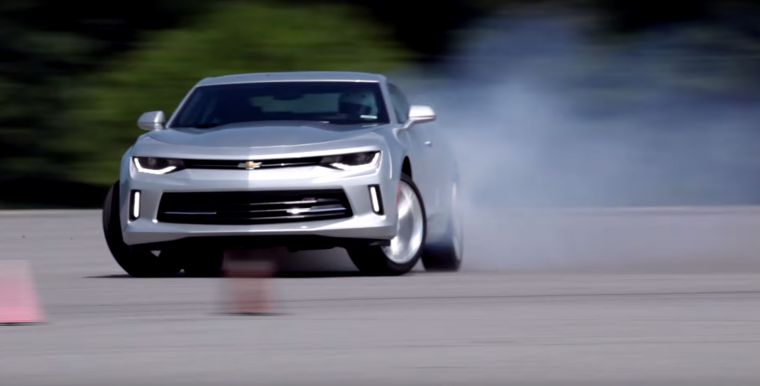 Thanks to a 455 horsepower 6.2-liter V8, the new 2016 Chevy Camaro SS is the most powerful Camaro SS ever produced. That power boost, combined with a weight reduction, means an automatic V8 Camaro SS is capable of accelerating from 0-60 mph in just four seconds flat.

All of that power (and the V8 model’s 0.97Gs of cornering grip) makes the SS great for hooning—a fact made very evident in this new video from Chevrolet, which shows a GM engineer drifting the new Camaro… and getting paid for the privilege.

“A lot of what I have to do is pushing [the new Camaro] to the limit and over the limit,” says Camaro Chassis Controls Engineer Michael Tung, which sounds like the best job description ever.

Aside from his work, Tung says he’s been drifting non-professionally for about seven years now, and even competes in the Midwestern Drift Union. He compares the experience of a good drift to the sensation of catching a perfect wave when surfing.

Although no official date has been set, the 2016 Chevy Camaro is supposed to reach dealers by the year’s end. In the meantime, you can use the online configurator to begin building your dream machine.