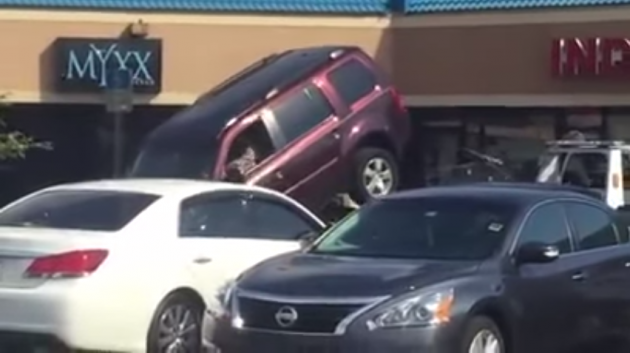 Those were the words of Katie Ramos as she took video of a Florida man attempting to drive his SUV off of a tow truck. The SUV was already lifted in the air, but the driver of the SUV can be seen repeatedly punching the gas in an attempt to brake his vehicle free from the tow truck.

“I had my 6-year-old with me, I took him for a haircut for school, and when I came out of the barbershop I saw the car being put on the truck,” Ramos said to ABC News. “I heard the man start screaming and cussing, (I) turned around and he jumped into the car and started to attempt to drive it off.”

The video was posted on YouTube by Brady Miller. The man desperately tried to free his vehicle for the duration of the one-minute video, but it didn’t appear that his effort was paying off and he likely caused additional damage to the SUV.

Video: Man Freaks Out About SUV Being Towed