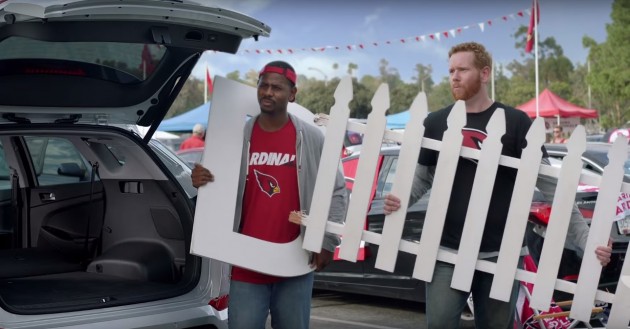 Football season is here! As the NFL officially kicks off this weekend, Hyundai is promoting its new position as official automotive sponsor of the league (kicking GM to the curb) with a humorous commercial.

The 30-second spot titled “D-Gate,” which is the first of two ads to be released this month by Hyundai, pokes fun at Arizona Cardinals fans…and football fans in general…and most men.

In the above commercial, which ran during the season opener, a wife notices a chunk of the white picket fence from her front yard missing. Instead of reacting with concern, she calls the culprit: her husband, an overly-eager Arizona Cardinals fan. As he’s playing it cool to his wife’s inquiry (“Whaaaaaat?”) we realize the fence was ripped out of the ground to function as as the fence in “D-FENSE.”

The video emphasizes how much Hyundai, and its fans, love football. The wife even blurts out a tacked-on “Go Cardinals” to no one in particular at the end–because women can like football too ‘n stuff. Hyundai even gives us another hashtag to use: #BecauseFootball. (Incidentally, this hashtag shamelessly mirrors the one Hyundai used for the other type of football during the 2014 World Cup in Brazil: #BecauseFutbol.) 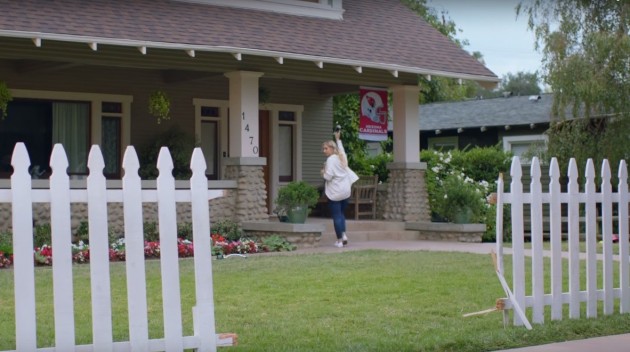 That’s an incredibly flimsy gate. They must not get any wind in Arizona.

Hyundai celebrated its new title as lead sponsor with a concert and other 2015 NFL Kickoff activities in the San Francisco Bay Area. Before the season opener on Thursday, September 10th, the automaker celebrated with a free concert outside Justin Herman Plaza and the Kickoff to 50 event.

During the Field House experience, fans got to see a Super Bowl 50 gold-wrapped Hyundai Tucson and a tailgate-ready Santa Fe. 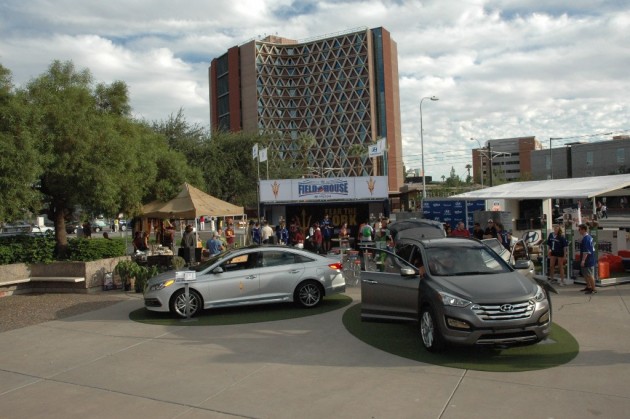 “Our NFL campaign is all about conveying our love for football and providing opportunities for people to celebrate the game in a meaningful way,” said Jacquelyn Kim, director of customer communications and promotions for Hyundai Motor America.”In the new television creative, we want to showcase what passionate fans do #BecauseFootball, and include the role our vehicles can play in that.”

Be sure to keep an eye out for “Field Goal,” Hyundai’s other new commercial coming September 24th, which will involve a napping baby and the Sonata sedan.

Hyundai’s NFL sponsorship is in addition to its #ThisIsLoyalty campaign, which is simultaneously promoting college football.