[VIDEO] So You Think You Can Dance Contestant, Burger King Enthusiast, Is Best Eyewitness Ever 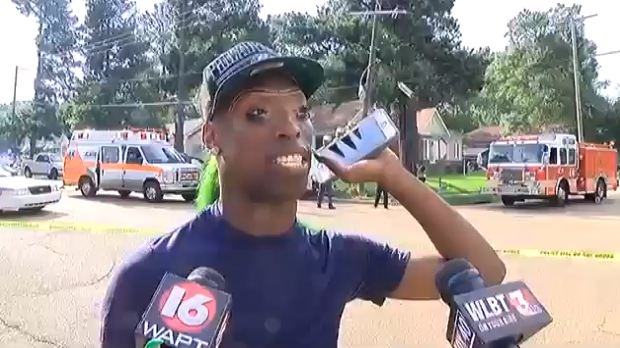 Meet Courtney Barnes, the most fantastic eyewitness you’ll ever see

There is a widely-held belief that when a major story breaks, news crews will go out of their way to find the dumbest person on the scene to gather their input. In the case of news crews in Jackson, Mississippi, covering an accident involving a police officer, they found Courtney Barnes, AKA the most fantastic witness ever.

The full text is as follows:

Interviewer: What did you see?

Barnes: Okay, well, I am a witness here, and what I seen was a horrible, tragic situation. The guy was coming down and I guess the police was trying to do a stop point, the man said ‘no, not today,’ and they began to race behind each other like cats and dogs. The police all of a sudden got behind the man and started going so fast his car spinned out of control. Girl, he hit the pole, his head went to one side, and his body went to the other side, and this is the result. Lord, be with this young man, he need a blessing.

Interviewer: So what’d…where were you when this happened?

Barnes: Well, ma’am, I was actually going to buy me a piece of…um…burger from Burger King, and I just stopped right in the middle because my hunger just went away. ‘Cause when I seen that accident, girl, I just began to be nosy, and I just had to just understand that somebody was experiencing this difficulty, this moment that was just not…ma’am, I just cannot bear to continue to talk, because it just…

Second Interviewer: Just tell me what you saw, did the police…who did what?

Barnes: Well, what I seen was that the police officer was merging toward the front and the car gunned right and then the police officer kind of submerged and both of them interacted and it was a full twist-about and the police kinda just twist around like a TORNADO, GIRL and the lord just shook it up and the man just got injured, and now the result is this police officer don’t know if his life is going to continue to make it or he gonna just tap out.

Second Interviewer: What did you see the officer do, did you…

Reading it does absolutely no justice. Go on and watch the video if you haven’t already. Barnes has clearly been waiting his whole life for this moment, and he delivers the performance of a lifetime. And, yes, for those of you who think Barnes looks familiar, that’s because he was very recently a contestant on So You Think You Can Dance. We’re not sure how well Courtney can dance, but he can damn sure interview. 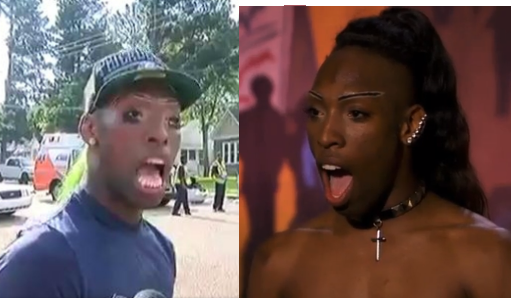 Craving more of that piece of burger? Here is Courtney Barnes on So You Think You Can Dance:

Move over, Sweet Brown. Step aside, Antoine Dodson. You have some company in the annals of eyewitness history.