Oh, how we want one of these. Known as “The Hand of Man,” this interactive sculpture is a 26-foot hydraulically-actuated human hand capable of picking up and smashing cars connected to a glove-like controller. Here’s a video of people using it to turn some pathetic smashed car into more rubble than it already was:

This exhibition took place at an event known as the Geek Picnic (not a link to the actual website–we don’t speak Russian), a science and technology festival in Moscow.

On the hydraulic car-smasher, creator Christian Ristow said on his website, “Years of experience have shown that using large hydraulic machines to smash things is really fun! But individual artists and heavy equipment operators shouldn’t be the only ones have such a good time; the Hand of Man democratizes the crushing power!!” 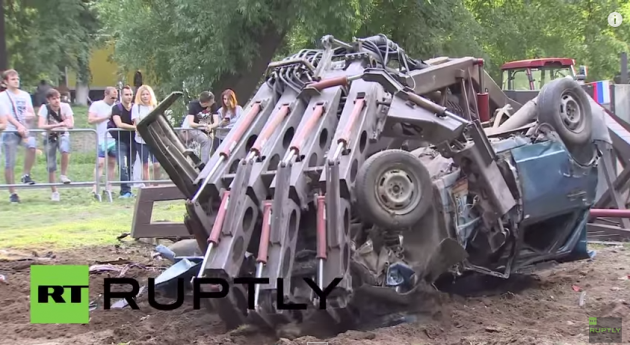 This isn’t the first time the Hand of Man has practiced its destructive craft, of course – it was originally unveiled at Burning Man in 2008, and has since performed at festivals in America (mostly in California) and Australia before the Geek Picnic in Moscow.

The only thing we can’t understand about this is why the onlookers look so bored. 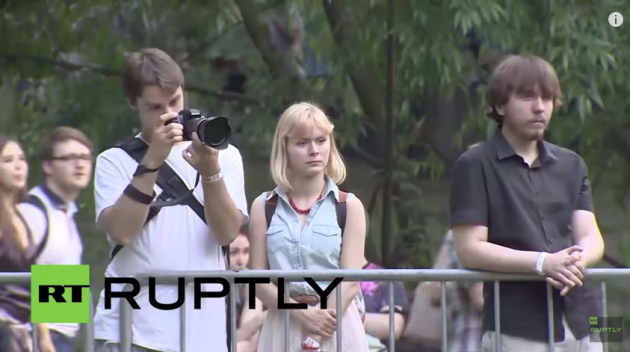 Giant hydraulic hand smashing the crap out of cars? Meh.