[Video] The Rock Surprises US Army Vet with 2018 Ford Mustang 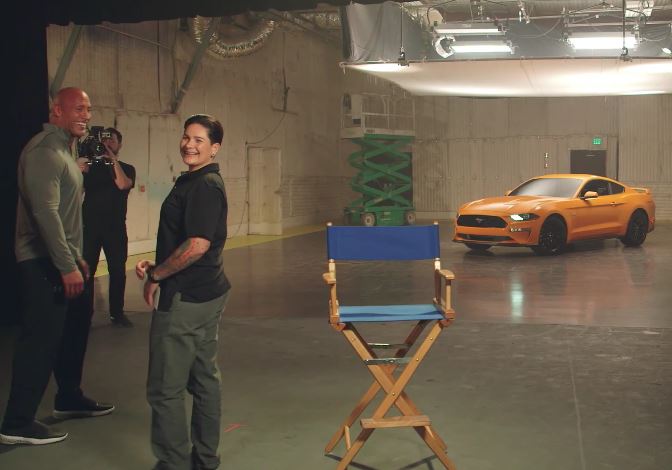 This morning, Mustang6G leaked some b-roll footage of the 2018 Ford Mustang that revealed, startlingly, that it looks more or less like a 2017 Ford Mustang with some changes made to the face and butt. One had to wonder why Ford would not take advantage of the kick-off of the 2017 North American International Auto Show last Monday to reveal the newish face of the 2018 Mustang. Turns out, they had other, better plans.

Rather than unveil the new Mustang to the world at some gaudy stage show during a major auto show, Dwayne “The Rock” Johnson gave the first 2018 Ford Mustang to Marlene Rodriguez, an Army combat veteran and Purple Heart recipient. This may very well have been the “Exciting News!” that Ford teased involving The People’s Champ last month.

Rodriguez was brought in to receive the Ford Go Further award, telling the cameras her story of being hit by an IED during her first deployment and, rather than step away from the Army, deciding to return for a second and third tour. On her third tour, she was struck by an IED a second time, an injury that left her with a severe traumatic brain injury and led to her being awarded the Purple Heart. 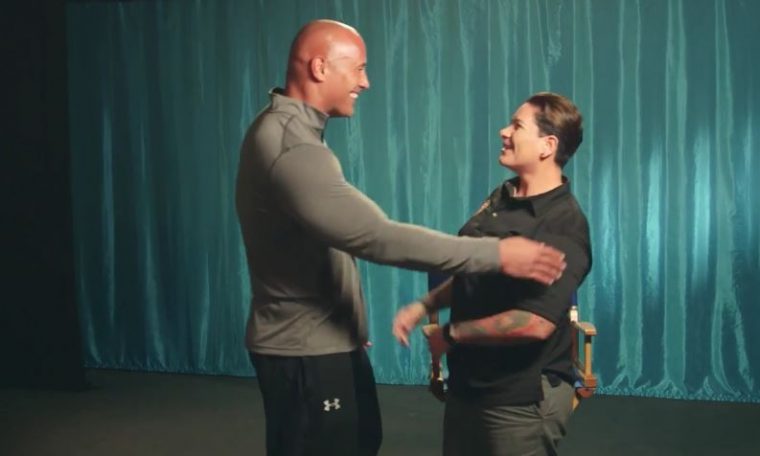 Selflessly, Rodriguez laments the idea of receiving an award when others have sacrificed their lives and begins talking up the Military Warrior Support Foundation before she is interrupted by People Magazine’s 2016 Sexiest Man Alive. The Rock first congratulated her on receiving the Go Further Award, then sweetened the pot by making her his special guest at the upcoming premiere of his newest film, Baywatch.

But arguably the biggest surprise was the reveal that she was not only one of the first to own a 2018 Ford Mustang (someone within Ford almost certainly has the distinction of owning the first of the bunch), but that she was the first person to ever see it publicly.

To this, Rodriguez could only ask: “Why?” Confused, she said, “I don’t deserve all this.”

The Rock, speaking for every non-dry-eye-having person watching this video, responded: “You deserve more.”

Yeah, that’s a sight better than an auto show reveal.

Check out the video below, and make sure you have a tissue or two handy.