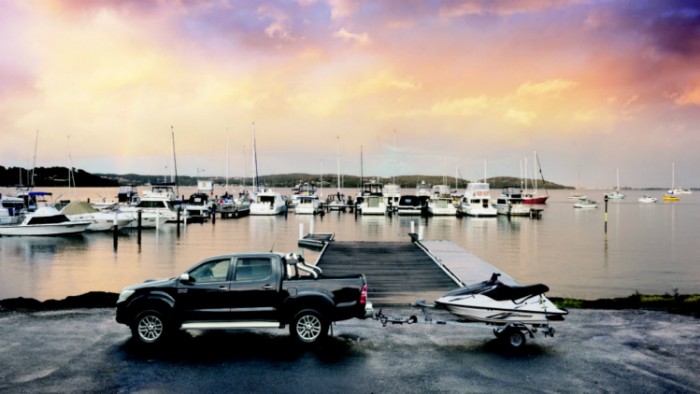 The Toyota Hilux is ready for anything

If you live in North America, chances are you’ve never heard of the Toyota Hilux, unless you’re a serious truck enthusiast. That’s because Toyota hasn’t sold this model on our side of the pond since 1995, despite its popularity overseas. The Hilux is a proven workhorse, and has been put to the test, emerging pretty much unscathed. Since we can’t buy the Hilux in the U.S., we wondered just what we’re missing out on. [ Watch the Hilux in action in the video below ]

Don’t get us wrong; the Tacoma and Tundra definitely have their place and have proven their worth. But there’s something about the Hilux that grabs our attention. First introduced by Toyota in 1968, the Hilux started life as a short-wheelbase truck with a 1.5-liter engine. Less than a year later, Toyota added a long-wheelbase version to the Hilux lineup, although this version didn’t appear in the U.S. market until 1972.

Over the years and the generations, the Toyota Hilux evolved to become larger, more comfortable, and to include more standard equipment. In its second generation, the Hilux was renamed “Truck” in the United States. In its third generation, the Hilux’s body was used by Toyota in a collaboration with Winnebago to develop a series of SUVs, including one which eventually became the 4Runner. Eventually, Toyota replaced the Hilux completely in the United States with the Tacoma, which lives on to this day.

So what does the Toyota Hilux offer? Besides the ability to be turned into a boat, it also comes with three engine choices (2.7-liter and 4.0-liter gasoline, and 3.0-liter turbo diesel); a plethora of safety features; and options like Bluetooth, touchscreen audio, and cruise control. But mainly, the Toyota Hilux is known for its performance and its diehard tenacity. The truck is extremely popular in Australia, and is sold across the world, with the exception of the United States, Canada, Japan, North Korea, and South Korea.

Watch Jeremy Clarkson turn the Hilux into a boat: