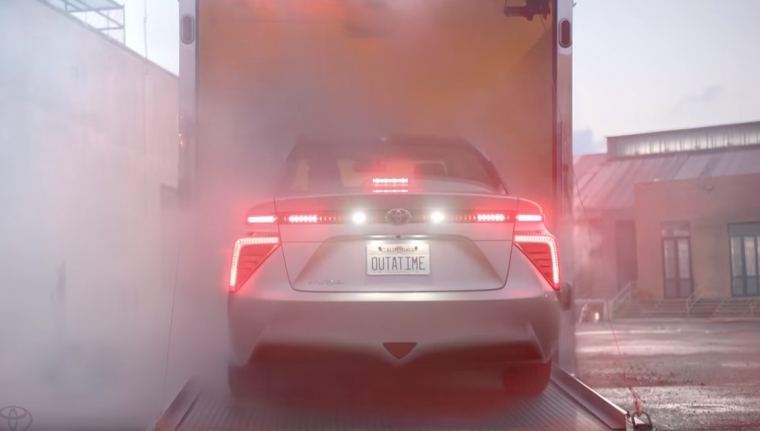 The Mirai is revealed in Back to the Future fashion

In case you were unaware, today is October 21, 2015. While for some people that might just be another fall day, for fans of the Back to the Future series, it marks something much more exciting. Today is the exact day to which Marty McFly and Doc Brown traveled in the second movie in the series, Back to the Future Part II.

Given that it’s also the release date for the 2016 Mirai, Toyota enlisted the help of two special celebrities to unveil the hydrogen-powered sedan in spectacular fashion.

Do You Need New Tires? Here’s how to tell

Toyota released a video which helped bring the famous trash-into-fuel scene from BttF Part II into the present, with the help of Michael J. Fox (Marty McFly), Christopher Lloyd (Doc Brown), and the Toyota Mirai. Toyota’s Fueled by Everything series has already shown that the Mirai can be powered by poop and lemonade, and this latest video shows how everyday trash can be converted into fuel for the remarkable car.

In the video, modern-day scientist Mischa Pollack contacts Fox and Lloyd to show them how he can convert trash into hydrogen fuel. The two actors are skeptical, but they follow along regardless and watch as Pollack shows them how he drove through town collecting trash to turn into fuel for the Mirai.

This culminates in the Mirai arriving off the back of a truck, and the three taking it for a spin. “Whatdda you say we get this baby up to 88?” jokes Pollack. Fox and Lloyd share a look, and Lloyd responds, “Just… drive.”

Conserving Fuel: Check out the Mirai’s older sibling, the Prius 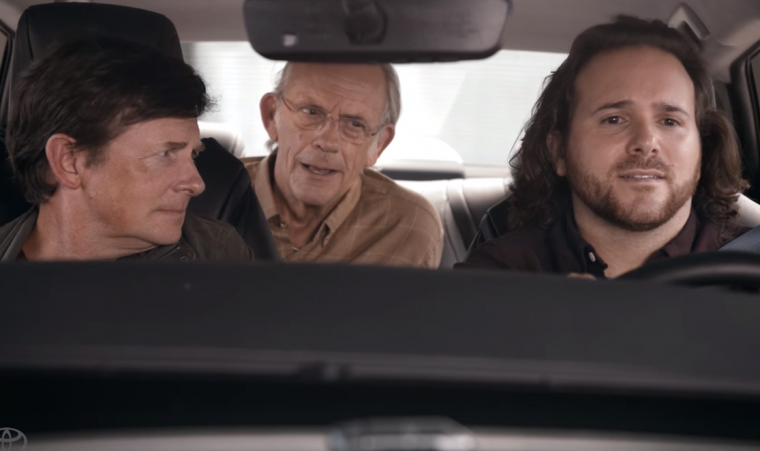 The video helps introduce the Mirai to the world while linking the car to the Back to the Future trilogy on a day that’s poignant both to new Mirai owners and BttF fans.

The Mirai will be available in very limited quantities in California, thought Toyota hopes to expand hydrogen refueling infrastructure widely enough to release it in other states in the coming years. The Mirai is also being sold in Europe and Japan.