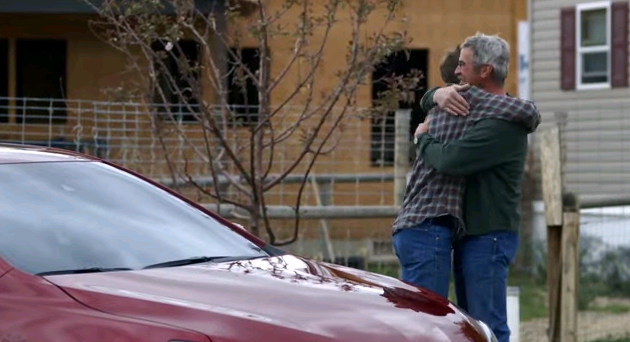 Father’s Day is almost upon us, and Toyota is prepared to help thank dads across the nation for being their awesome selves. A new Father’s Day campaign features a video that asks the question, “What does it mean to celebrate Father’s Day?” The video features real people admitting that they didn’t get their dads anything last year, followed by the statistic that Americans spend around $7 billion less for Father’s Day than for Mother’s Day. Check it out, and then go buy something cool for your dad.

This video really hits home for those who tend not to celebrate Father’s Day yet think their dads are the best in the world. In fact, Toyota decides to send one son to spend Father’s Day with his dad for the first time since he was 12 or 13. (Of course, he drives a Camry to his dad’s house.) Here’s a longer version to give you more of a back-story:

Are you crying yet? You can expect to see shortened versions of these two videos on major broadcast and cable networks this month, so you might want to restock the tissues in your living room.

In addition to these heartwarming videos, Toyota is building a temporary monument on the Santa Monica Pier in order to celebrate dads everywhere. The monument measures 15 feet tall and 30 feet long. Visitors will be able to take and post their pictures using the hashtag #OneBoldChoice, and their images will be printed on-site thanks to Instaprint, a technology installed by Toyota.