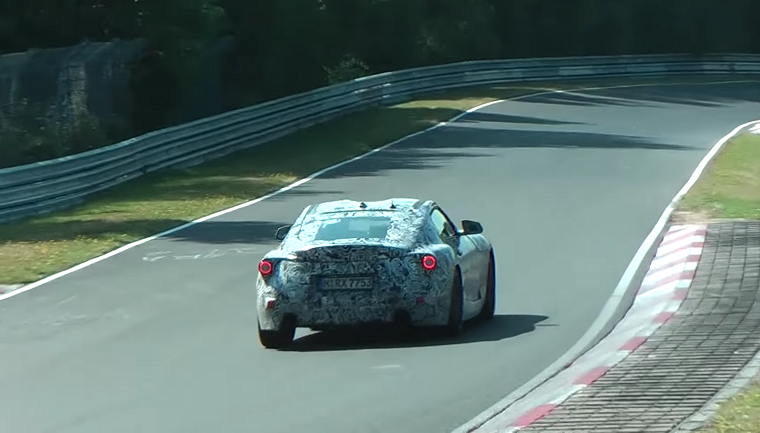 The upcoming 2018-2019 Toyota Supra has once again been spotted near the BMW M Test Center in Nürburgring and testing at the Nordschleife race track, giving us even more information about the hotly-anticipated sports car.

Though we’ve already recently seen a set of Toyota Supra spy shots, what’s important this time is that we have sound to go with the images—sound that reveals a bit about what to expect under the hood of the car.

Over the past few months, we’ve debated whether the Supra successor would be powered by a turbocharged straight-six engine, just like the old one, or by a V6 or even by a hybrid powertrain involving supercapacitors. There have been lots of rumors and conjecture, but not a lot of hard facts.

And we’ll warn you now: hard facts will not be found further in this article. However, thanks to the video, we now have a lot more evidence to support some of our guesses.

Specifically, the sound the car makes is strongly reminiscent of a hybrid, particularly when rolling to a stop—you can just barely hear the electric motors winding down. One of the strongest powertrain theories surrounding the Supra is that it would be powered by a performance hybrid V6, and the video seems to confirm that.

Fortunately, that isn’t likely to be the only thing under the hood of the car. We also expect a turbo four-cylinder and twin-turbo flat-six to be available as powertrain options when it launches in 2018 or 2019.

Still, that’s a long way off. Who knows what Toyota might change in that time?

Studying In College? Here’s how you can save money on a new car