[VIDEO] You Should Watch These German Audi Commercials 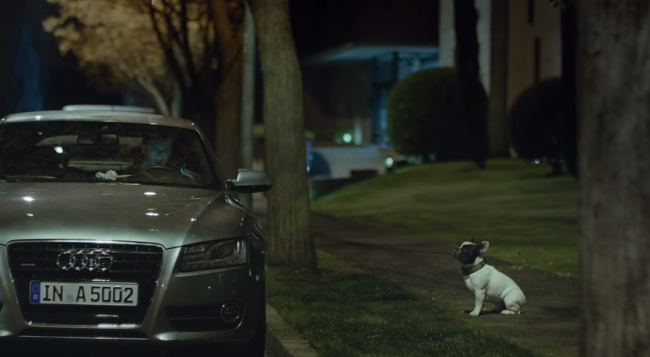 The real star of the German Audi commecials is this pup right here.

Apparently Germany is not only the proud home of the 2014 World Cup, but also the only nation in the world that has legitimately and/or intentionally funny used car commercials. This is thanks to Audi, which offers its own used car buying program in the country called “Audi Plus.” As autoevolution reports, they’ve just released three ads that are well worth a look.

In one called “Bank Robbery,” a very calm woman interrupts a tense heist scene to instruct the getaway driver, “Don’t drive too fast, always use the indicators, never run a red light and of course don’t even think of getting into a police chase.” “Who are you?” the driver asks. “I’m the next owner of this Audi,” she coolly responds.

In another ad entitled “Garage,” an overly cautious “future owner” tapes bubble wrap to the support beams in a parking garage, lest the current owner involve his future Audi in a minor fender bender.

But the true foreign film masterpiece in this series is “Dog” (or, in the original language, Hund). It features a detective on a stakeout eating powdered doughnuts in his Audi, only to be chastised for his messiness by a very regal French bulldog. Even if you can’t interpret what he’s saying, the mere sight of a French bulldog speaking in the voice of an elderly German man is a thing of beauty, and deserves to be viewed and treasured in its own right (the dog’s reading of “Oh-KAY?” is particularly great). But, since you are probably curious, here’s an English translation of the punchline:

Detective: “Who are you?”

Detective: “But you’re a dog.”