Vince Megna Sues Tesla Under Lemon Law, Creeps Me the Hell Out

Wisconsin attorney and "King of Lemon Laws" files suit against Tesla for a defective Model S. He also gave us a really, really awful YouTube video. 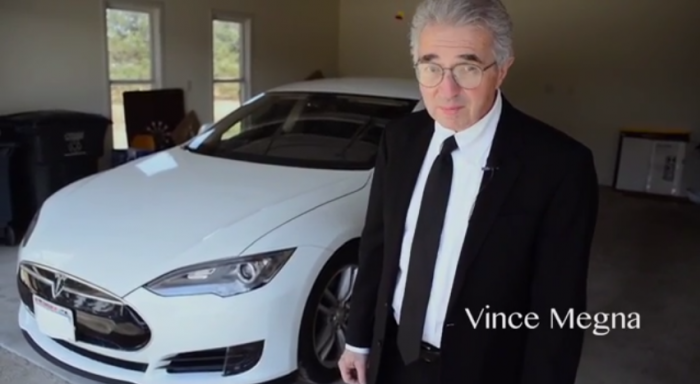 “Hi, I’m Vince Megna, and I might actually be some kind of functional psychopath.”

UPDATE: Tesla has issued a response.

Full disclosure: I had never heard the name Vince Megna until earlier this afternoon when I read an article about his movement to file a lemon lawsuit against Tesla on Jalopnik. Megna is the self-proclaimed “King of Lemon Laws,” which protect motor vehicle owners whose issues are not resolved by dealers or manufacturers in a timely fashion. His latest activity in the exciting world of lemon laws is taking up the case of one Robert Montgomery of Franklin, Wisconsin, who says that his Tesla Model S is a lemon after it spent more than a month in a repair shop. 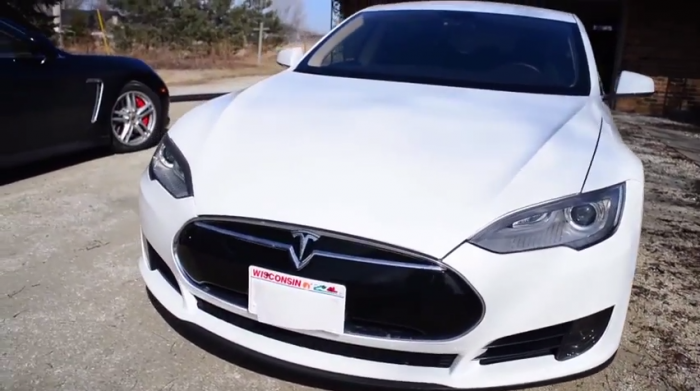 According to Wisconsin law, a vehicle qualifies as a “lemon” if it is inoperable for more than 30 days and cannot be properly repaired after four attempts. Montgomery attempted to return the defective Model S to Tesla under Wisconsin’s lemon law, but his requests fell on deaf ears. As such, he turned to “Mr. Personality” Vince Megna, who turned right around and gave us this piece of YouTube brilliance.

Now, having previously stated that I knew nothing about Vince Megna until about an hour ago, I cannot comment as to his acumen as a lawyer. What I can comment on, however, is the fact that this video is 10 pounds of crazy in a five pound bag. 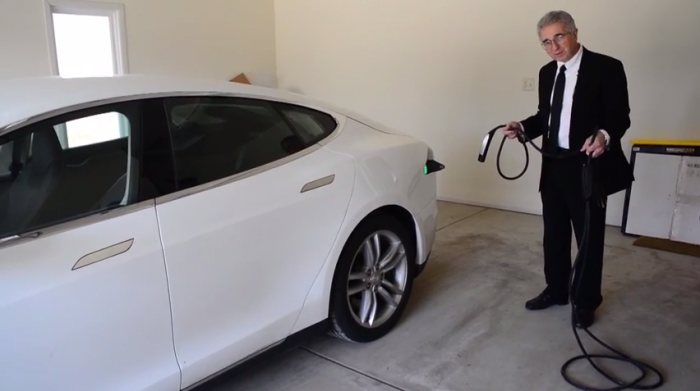 Megna carries himself with the screen presence of my high school geometry teacher, seemingly struggling to subsist on our plane of existence. If I am Robert Montgomery Franklin and I see this video, I’m opting to represent myself.

There are a lot of really befuddling moments here. At one point, Megna pontificates: “An all-electric vehicle, and the batteries won’t hold a charge. My four-slicer works. Why won’t this one?” 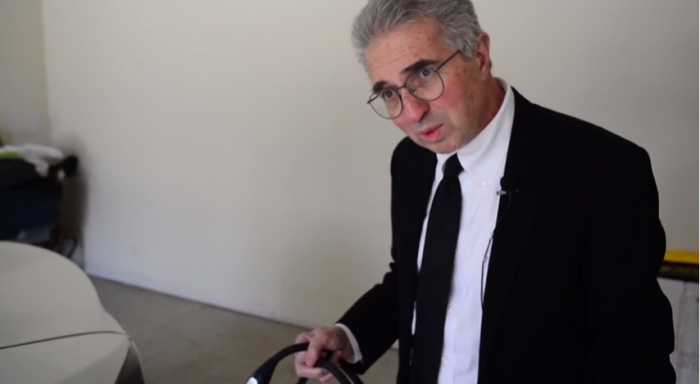 The Four-Slicer: apparently a thing that was made by someone once and that Vince Megna now owns.

So what is a four-slicer? The closest thing to a vehicle of any sort that a Google Image Search turns up is this image from DadsVintageAds.com: 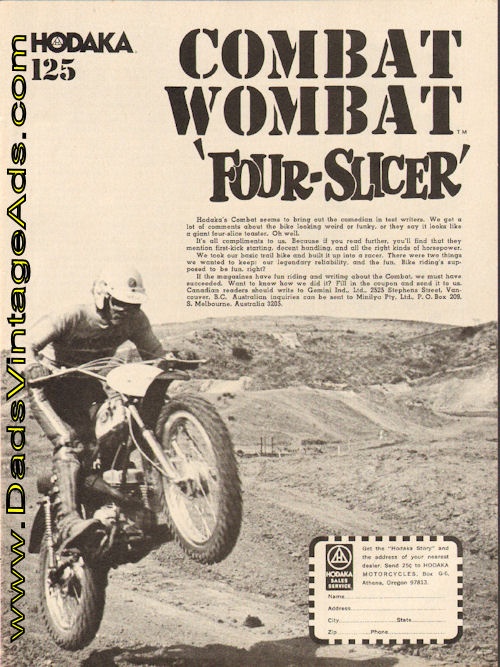 Other than that, you’re looking at toasters and beef slicers similar to what you’d find in the kitchen at an Arby’s. Is he saying that the Tesla Model S is the same thing as a 1974 Combat Wombat? As a cheese grater? Some kind of golf club? Who knows. In the mad eyes of Vince Megna, all will be revealed in the moment that the stars turn to pitch and the kingdoms are reduced to rubble. 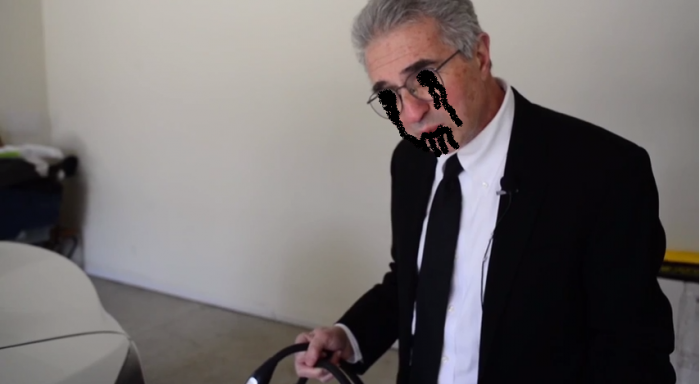 “I have tasted the end of your species. It tastes rich. Sweet. Like the wine of ancients.”

Then: THRILL AS VINCE MEGNA STRUGGLES TO OPEN THE ELECTRIC LOCKS OF THE TESLA MODEL S MUCH IN THE SAME WAY THAT YOUR 60-YEAR-OLD DAD HAS DIFFICULTY TURNING ON THE PS4 SO THAT HE CAN WATCH “THE NET’S FLICKS.” 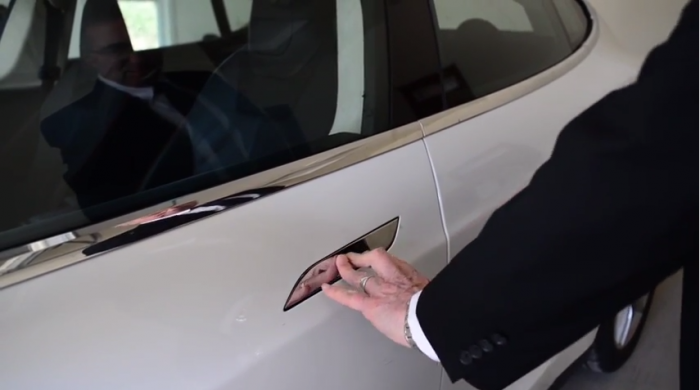 HOW DO YOU MAKE THIS DAGGUM THING DO STUFF?

Seriously, has anybody checked to make sure that Robert Montgomery isn’t just a crotchety 80-year-old man who never could understand how to get the VCR to stop flashing 12:00? I’m not entirely certain if the Tesla used in the video is the very same that Montgomery claims is a lemon, but when Megna says, “$98,000 dollars and the electric doors won’t open,” only for the electric doors to open after Megna’s many feeble attempts, it begs the question if this is another case of the user not being as smart as the technology. Not to mention that the Tesla in the video seems to be driving just fine. 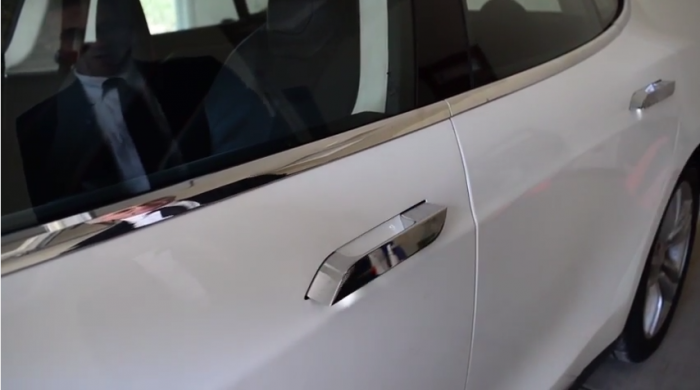 Then Megna, ever the picture of cool, drops another nugget of awesome on us: 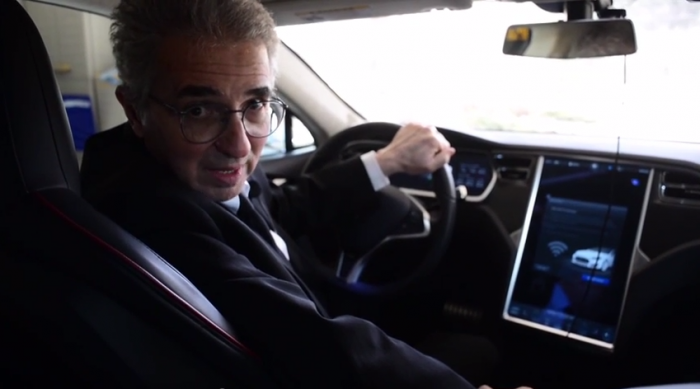 Oh, Vince Megna, you and your creepy dead eyes and your proclivities toward sexist insults are just winning me over every second. Remember, guys? Because those couple of Teslas caught fire? I guess Megna isn’t hip to that whole titanium plate thing.

Oh, and then he finds a cardboard cut-out of George Clooney on the side of the road. 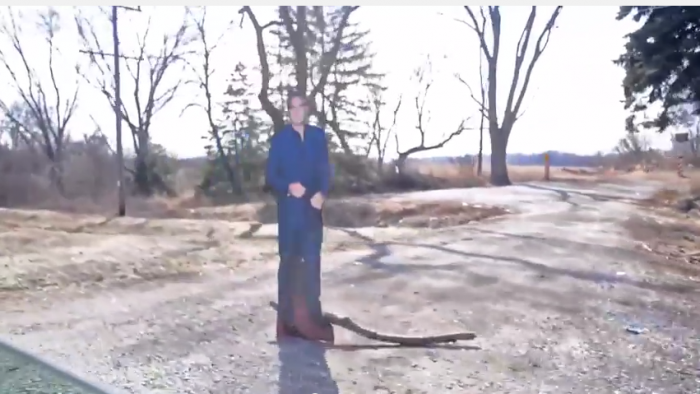 And then he gets out and talks to it. 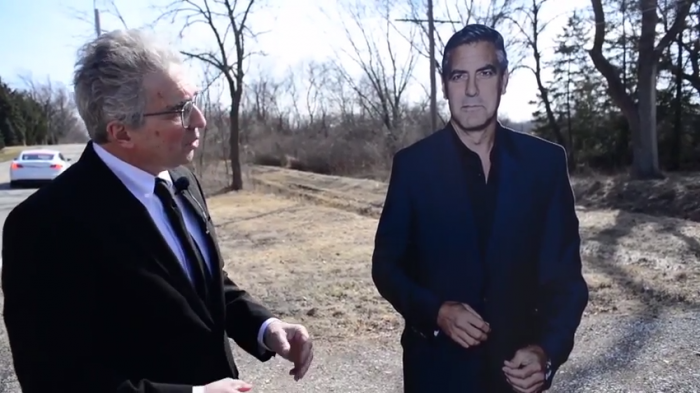 “I once thought my Raisin Bran was trying to strangle me in my sleep.”

And then he takes it to the courthouse with him. 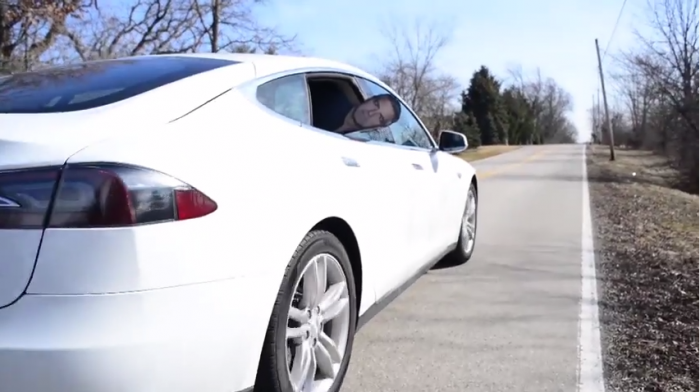 Ladies and gentlemen, Vince Megna is licensed to practice law in the United States. He is also certifiably insane. So, you know, follow your dreams and all that. One day, you too may be able to claim that you are the best in your industry at what you do while also being an extremely unstable individual. 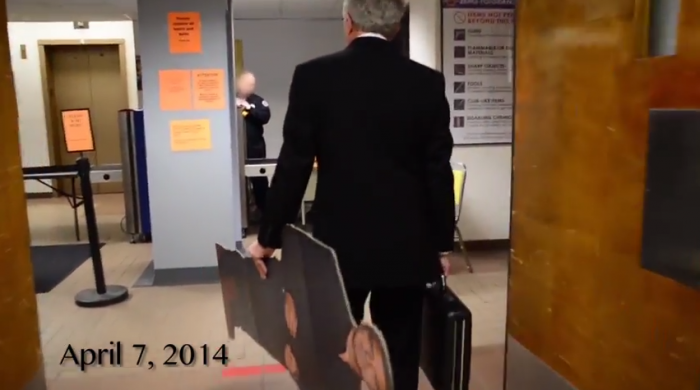 Totally a real lawyer, and unquestionably a sane and reasonable man.

Speaking of ladies, there’s this charming bit, where he exemplifies the ridiculousness of Tesla’s confidentiality agreement by forcing his paralegal—a woman in a shirt that reads WTF—to walk around with duck tape over her mouth. Oh, boy, I can’t wait for Vince Megna to take up the cases of those grieving families whose children were killed in defective GM vehicles only so that he can use the platform to make a bunch of super-appropriate jokes about Mary Barra. 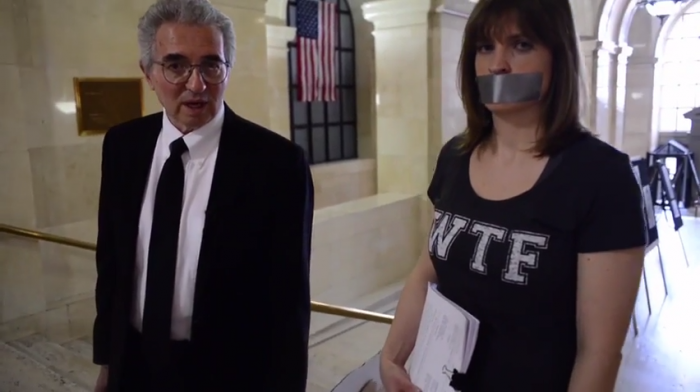 The insensitivity is strong with this one. WTF, indeed.

Megna ends the video by reminding those who might be watching (and who aren’t already doubled over in laughter from all of his wonderful jokes) that he successfully got a client the single-largest lemon lawsuit payout in history after fighting Mercedes for more than eight years. It would seem that Megna is a lawyer who gets results. It would also seem that he is a lawyer who has a penchant for badly-manufactured publicity.

The potential for Montgomery’s case here is an interesting one. As Jalopnik points out, Tesla’s sales agreement states that any disputes with the company must be arbitrated under California law. Wisconsin’s lemon law states that any waiver of rights a buyer would have under the law is void, which means that litigation could be particularly interesting here, and actually quite significant.

Let’s just hope that, whatever the result is, it isn’t punctuated or even overshadowed by the shenanigans of some nutbag who speaks with a sleep-inducing Wisconsin drawl and thinks taping a woman’s mouth shut is humorous.