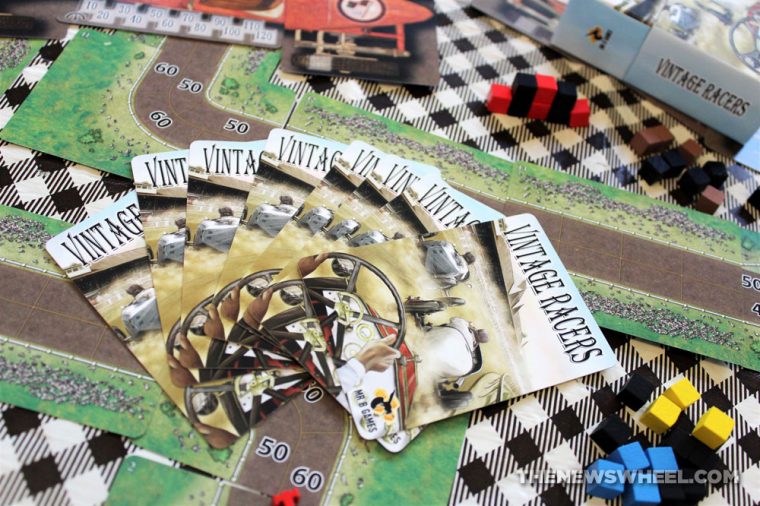 Of the 100+ board games I’ve backed on Kickstarter, very few of them had an automotive theme. Sadly, few creators find the subject appealing or have a unique take that hasn’t already been done. So, when a new project called Vintage Racers  launched that reenacted the early era of automobile racing, I gladly helped fund it.

Having finally played the finished product, I can give my thoughts on this pocket-size game.

Driven to Succeed: What are the best used cars for recent grads? 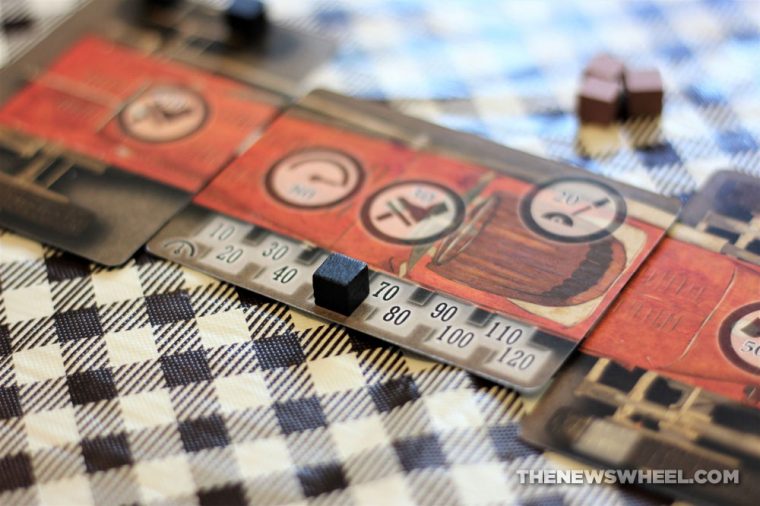 How to Play Vintage Racers

Before racing, you need to set up the track and your race cars. The track consists of a collection of playing cards that function as segments; assemble them according to the directions to create the course. Then, players take turns drafting cards to create their customized race car, which consists of a nose, body, and tail — each with different top speed, acceleration, and braking capabilities.

Place your car token at the starting line based on its unique tail speed. Each turn, all players simultaneously choose what their total speed will be, move their speed-tracking cube accordingly, and announce simultaneously. The change must follow the speed, acceleration, and deceleration constraints prescribed by that player’s car. 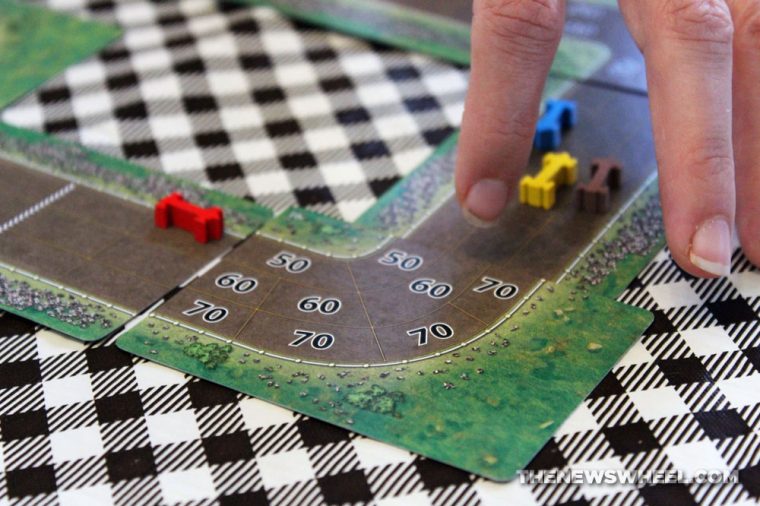 You have the option to “push the limits” and achieve extra by sacrificing a driving cube, but if you run out of driving cubes, you’re out of the race. Taking turns too fast or avoiding a crash can also cost you driving cubes.

Starting with the player with the highest speed that turn, everyone resolves their movement for that turn, progressing down the track until someone crosses the finish line and wins. 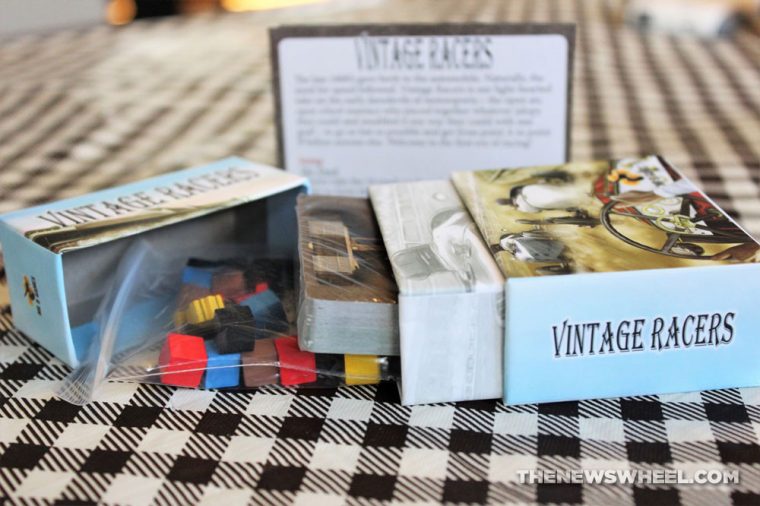 (The double-deck version doubles all components so up to eight people can compete simultaneously on a larger track.)

Vintage Racers has a charming design with an appealing retro art style that fits its theme. I particularly love the cover painting that evokes the zany, reckless spirit of early automobile racing. The track and vehicle cards also bear an impressive level of visual detail, down to the “texturing” on the metal cars and grassy fairways. Even the car meeples resemble 1920s racing roasters! And all of it comes in a sturdy slip case.

For being such a low-budget production, Vintage Racers boasts quality and style in spades. You sure get a lot for the price.

Keep on Rollin’: These used cars have the least recorded engine problems 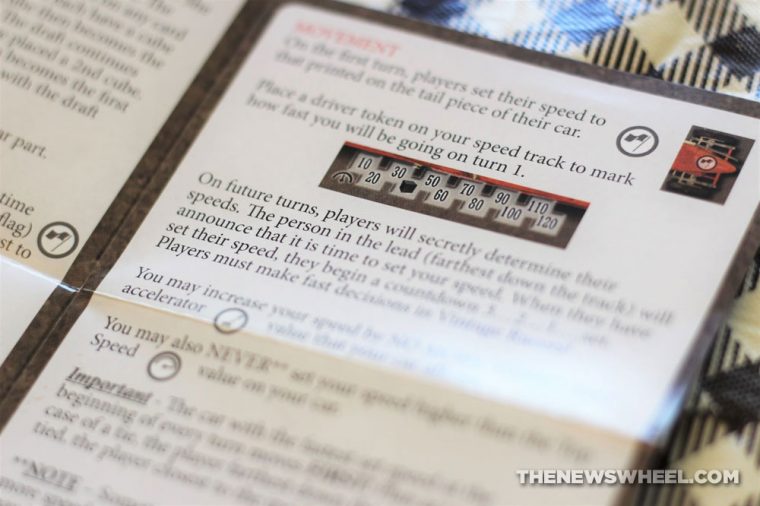 The instructions for Vintage Racers seem simple, but the text leaves out a lot of important, basic information that’s crucial for understanding how to play. For instance, there’s no explanation of speed/movement equivalence, and the rules of braking and penalties aren’t very clear. It will take you multiple reads and re-reads to notice missing rules. Thankfully, the publisher released a statement online clarifying the rules and addressing the errors. 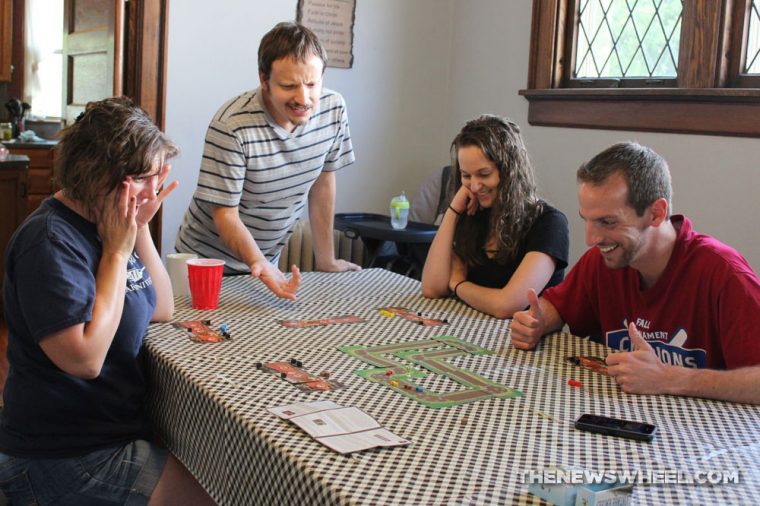 Once we figured out how to play Vintage Racers, we had a fun time with it. The race itself was tight with all four players, necessitating precise tactics and timing to block others and pull ahead. Each turn’s choices, movement, and turn order really matter.

Still, it was hard not to draw comparisons to other racing games, particularly Championship Formula Racing and Speed Circuit, which use point allocation to customize the capabilities of your individual car. Essentially, Vintage Racers feels like a pocket-size, budget-friendly version of those games — but that’s not a bad thing if you want a smaller, shorter iteration.

The unique appeal of Vintage Racers is its retro styling and its small, portable packaging. Too few racing board games pay homage to the earliest vehicle racing era. The gameplay is fast, quick, and fun — once you clarify the rules. You can customize your car and the track (though getting the card orientation to line up properly can be finicky) and get ample replay value for a pocket game.

You can purchase Vintage Racers on the Mr. B Games website.