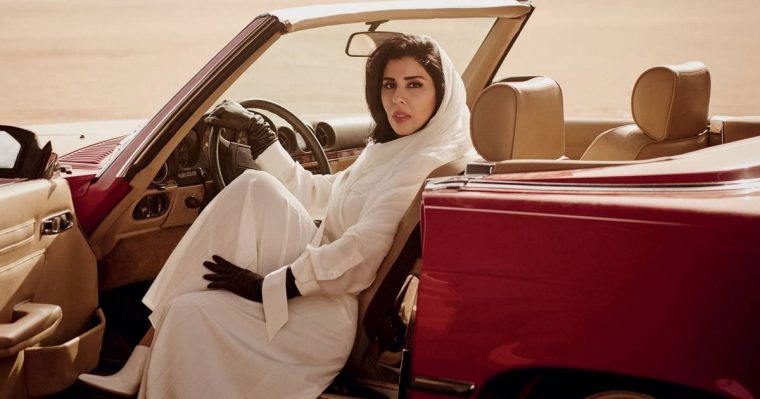 The excitement around women gaining the right to drive in Saudi Arabia is reaching its peak as we get closer and closer to June 24, the date authorities will allow women across the country to take the driving test and earn their licenses. To celebrate, Vogue Arabia dedicated its June cover to the event, and talked about the achievement within its pages.

Be Ready To Pay: Learn more about the most common vehicle repairs

The cover image shows Princess Hayfa bint Abdullah al-Saud in the driver’s seat of a bright red sports car in the middle of the desert with high heels, driving gloves, and some of her hair exposed. The cover also declares that it is dedicated to the “trailblazing women of Saudi Arabia.” Inside the pages, Vogue Arabia talks about the fight for women to win the right to drive and also features pictures of driving activist and author Manal al-Sharif.

This June, the Kingdom of Saudi Arabia is putting women in the driving seat – and so are we. https://t.co/CaOwxsdQQI

Having a female member of Saudi Arabia’s royal family on the cover of a major magazine in the driver’s seat of a car is a big deal. Manal al-Sharif’s inclusion in the issue, considering how she was treated in the region before the declaration about women being allowed to drive, is also pretty encouraging as it recognizes her efforts to bring this movement to the attention of a global audience.

Make Sure It Fits: Check out how to make the most of your test drive

While it’s awesome that this publication, a sub-brand of the global Vogue brand, is talking about feminist activism, not everyone is so excited. Many social media users criticize the magazine for using a member of Saudi Arabia’s ruling family, who kept women from driving in the first place, on the cover instead of one of the many activists that worked hard to give women the freedom of movement.

Regardless of which woman is behind the wheel of the shiny red convertible, we’re just happy that June 24th is mere weeks away.