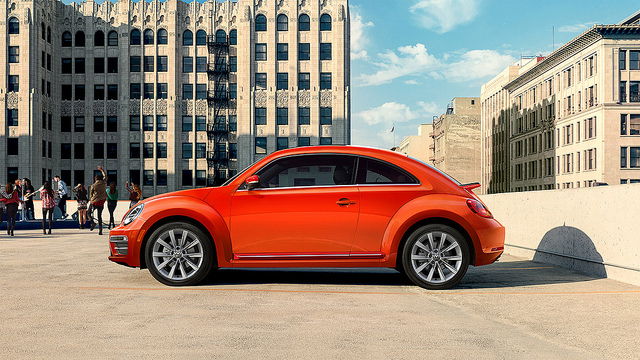 Vincentric recently announced its Best Value in America Awards™, and the Volkswagen Beetle and Passat were among the winners.

Learn More: About the Volkswagen Beetle

The 2019 VW Beetle won the compact category, while the Passat topped the midsize segment.

For Volkswagen, hard work has paid off.

“We are thrilled with these awards for Beetle and Passat,” said Scott Keogh, CEO, Volkswagen Group of America, Inc. “We have made great strides towards reducing the overall cost of ownership of our cars in recent years, and these awards reflect the hard work that has occurred throughout the organization.”

Vincentric does its homework

Its cost-of-ownership breaks down eight factors: depreciation, tax fees, fuel, insurance, financing, repair costs, opportunity cost and routine maintenance. For these awards specifically, Vincentric studied over 3,000 car alignments in all 50 states, while exploiting mileage intervals from the past year and insurance profiles.

“Volkswagen products showed strong performance in our awards this year” said David Wurster, Vincentric President.  “Having the lowest maintenance cost in its class helped the Beetle earn our top honor while the 2019 Passat delivered value by having the lowest operating costs of all mid-size passenger cars.”

Read Up: On the inside out features of the Volkswagen Passat

About the Volkswagen models

The 2019 Passat comes with a classy design, driver-centered technology, and European road habits, while the iconic Beetle enters its final months of production.

The Beetle lineup will add two Final Edition vehicles to coincide with its S and SE trim levels. These final two models pay tribute to the first-generation Beetle and its assembly in Mexico.