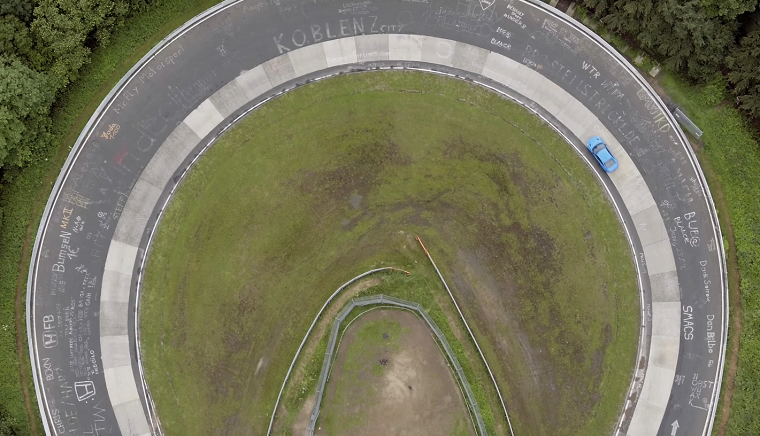 We all know Volvo likes to play it low-key, but this is simply another level of humility. The Swedish automaker has just recently revealed that although it broke the Nürburgring Nordschleife lap record for production four-door sedans last year, it hadn’t seen fit to share that fact with the rest of the world, where setting a new Nürburgring record is normally regarded as winning a “Who’s got it bigger” contest between auto manufacturers.

According to Volvo, it hadn’t even meant to break the record. It had simply taken a fully stock S60 Polestar to the 13-mile track for a secret test. Polestar—the brand’s performance division—stayed at the track after last year’s FIA World Touring Car Championship (WTCC) to push the car to its limits away from the eyes of spy photographers and iPhone cameras.

Related: Learn more about the history of Volvo

The goal was the gather data for future car programs. The result was a lap time of 7:51.110, which at the time it was set would have been a lap record among production four-door cars. Instead of advertising the time, Volvo simply kept quiet, though it might regret not having done so when it still could. Since then, the record has been broken twice: first by the Honda Civic Type R hatchback, and then by the Alfa Romeo Quadrifoglio.

Still, the achievement was and is impressive, if only because—as Volvo claims—they hadn’t really meant to set a record. When car companies do mean to, they tend to spend a long time fiddling with setups and might naughtily switch the tires without telling anyone. Had Volvo actually tried to set a new record, it would likely have done even better.

Safety Tip: How to tell if you need new brakes