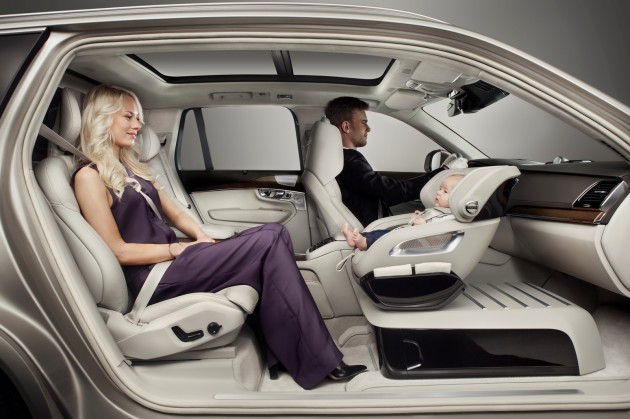 Already well known throughout the auto-industry for producing some of the safest cars on the road, Volvo might have just outdone itself with the revealing of its Excellence Child Seat Concept.

The bold new seating arrangement allows for a baby to sit closer to the driver in the area traditionally occupied by the front passenger seat and enables the baby to travel in the safer rearward facing seating position, while still being able to keep eye contact with the rear passenger and driver. The new design also makes it easier to get the child in and out of the vehicle, just from a comfort standpoint, and provides additional storage space beneath the seat, via a pull-out drawer, for items like diapers, wipes, and toys.

Volvo’s Excellence Child Seat Concept was incorporated as part the new XC90 after Volvo Car’s owner Li Shufu reviewed the XC90 Excellence Lounge Console Concept and tried to think of a better way to make use of the space left behind when they removed the front passenger’s seat. 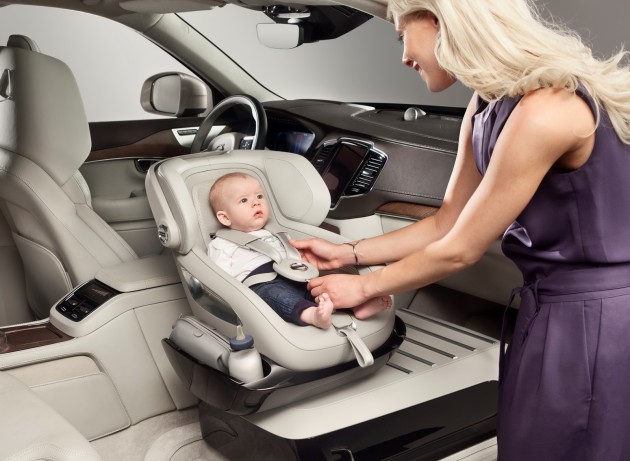 The new concept rotates and swivels in order to get the baby into the seat, then locks in place

The new Excellence Child Seat Concept is based on Volvo’s clear safety position that small children should ride in the rearward facing position up to age four because of the lack of muscular strength in their necks, as well as the disproportionate size and weight of their head with respect to the rest of their body.

“We started by asking ourselves if we could make life easier for parents and safer for their children when it comes to the child seat experience,” said Tisha Johnson, chief designer interiors at Volvo Cars Concept and Monitoring Center. “We have always placed a great deal of importance on child safety, but this takes things to the next level.”

Volvo has yet to announce when and if their new seating concept will reach production.