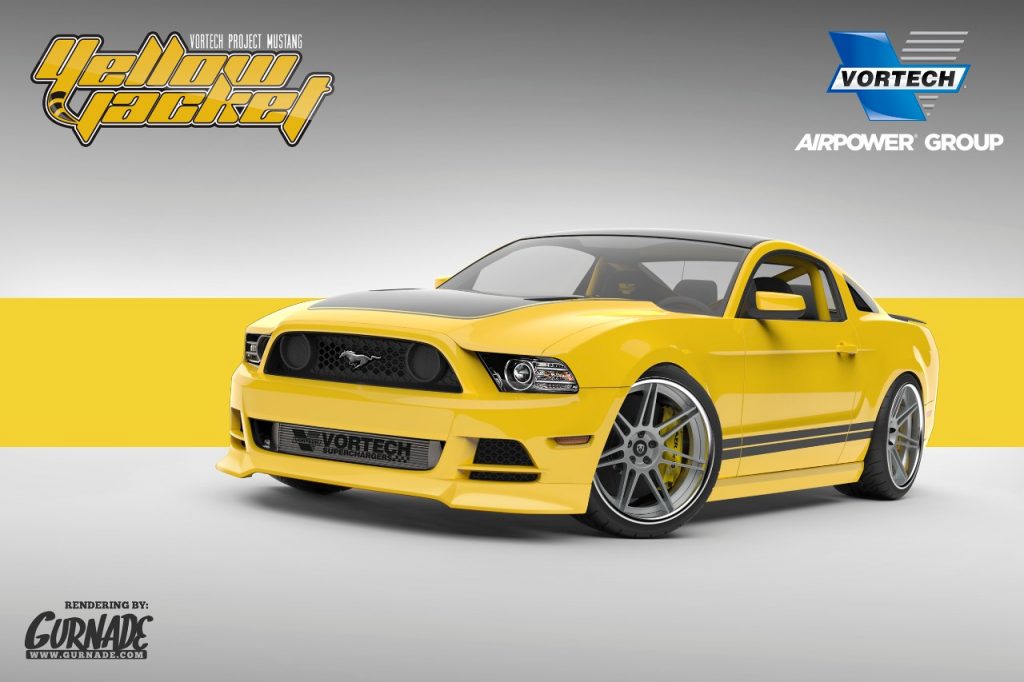 If there’s one thing that is going to get the attention of attendees at a convention celebrating flashy specialty automobiles, it’s a bright and flashy paint job.  Slap that paint job onto a sports car that purrs the way a 2014 Ford Mustang does, and you’re bound to turn some heads.  Vortech has just that in mind as it prepares its custom Project Yellow Jacket Mustang GT for the 2013 SEMA Show in Las Vegas.

The Yellow Jacket boasts a custom DuPoint finish over a 3D Carbon Boy Racer body kit and TruFiber Carbon bits, giving this Mustang an even more aggressive stance (like it needs it).

Vortech’s creation, however, boasts more than simple cosmetic upgrades: beneath the hood lies a V3 Si supercharger, feeding the already-robust 5.0L Coyote V8 engine with up to 7.5 psi of boost, according to Car and Driver.  What do those numbers mean?  How does 605 horsepower and 473 lb.-ft. or torque sound?  Believe us, if you plan on being in attendance at SEMA this year, we have the feeling you’ll find out just fine.

Vortech’s Ford Mustang can be seen in display at SEMA between November 5 and 8 at the Las Vegas Convention Center.  Have plans to visit the convention this year?  Let us know what’s got you the most excited in the comments below.